In Ethiopia, donkeys mean the world to people like Fikadu, Ayelech and their family. Ever since the arrival of a donkey slaughterhouse in their town, the family have stood resolute against the slaughtering of donkeys for their skins. 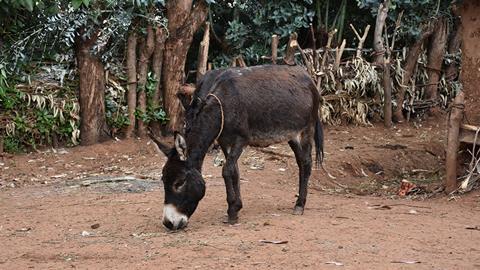 The family of seven live in a quiet, remote spot in the Asella area of rural Ethiopia, including father Fikadu and mother Ayelech.

The family have an impressive agricultural system set up to make maximum use of every single bit of their land. They grow crops, fruits and vegetables, and keep beehives and various livestock.

Helping Fikadu and Ayelech to keep their farm functioning are three donkeys – without whom, supporting their family would be impossible. Thanks to the donkeys, they are able to carry produce to the market to sell, fetch water, and take grains to the mill for grinding 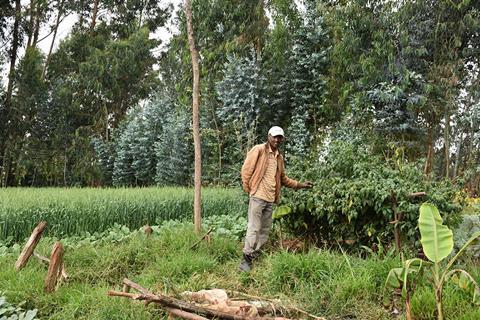 Fikadu shows us his crops.

Paving the way for women

When the dry season arrives in the Asella region, the family have to travel for up to an hour to collect water. If it were not for the donkeys, the women and girls of the household would have to make the trip single-handedly, denying them crucial access to education due to the time this heavy manual labour would take up.

The household consumption of water is 8-12 panniers every 24 hours – meaning that women in the community would almost exclusively be spending their time making trips to and from watering points in order to provide enough fresh water to drink, wash, cook food and give to their other livestock. 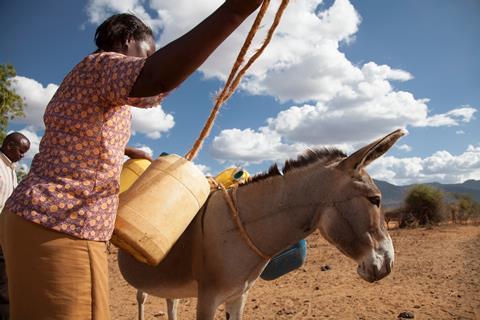 The water collected by donkeys is not only used for consumption, but also for running the family’s biogas system – providing a much-needed source of electricity.

Fikadu says: “The donkeys are the motor for my biogas – they bring water and it is used to mix the waste. It consumes about four panniers at a time, so for that I need water very often. The donkeys are useful, as the women cannot carry that much water to keep it running.

“Biogas really transformed our lives and especially helped the women. Before, Ayelech had to bring firewood for cooking, and firewood consumption was high. It took a long time to cook something, but now in five minutes she can make tea and coffee, or bake injera. We use the biogas for a light source in the evening”

Donkey care is a family affair

“When the donkey is too old she will retire,” said Ayelech, with a little laughter. “You can’t slaughter her, as she has been helping you for many years.

“When she can’t work, you have to then pay her back, you can’t just say ‘go away now and the hyena can eat you.’ She will be around here until she dies.” 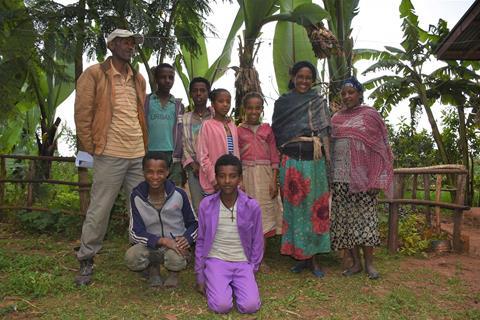 The construction of donkey slaughterhouses in Ethiopia has led to considerable controversy and growing fear among donkey owners.

Find out more about the use of donkey skins in ejiao. 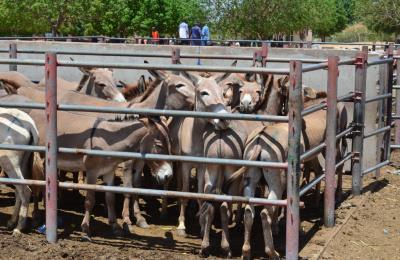 Find out about the use of Donkey skins in ejiao

Fikadu said: “We know they’ve stopped as it’s against our culture, against our consent, and that’s why they’ve left. The donkeys cannot reproduce well and will be extinct in a few years.

“The donkeys are also few in number. If they start slaughtering donkeys in this country, we’ll be a donkey-free region.”

Donkey slaughterhouses offer to buy donkeys from owners in order to slaughter them for their skins. A lucrative business, the skin trade uses gelatin from donkey skin in a traditional Chinese medicine called ejiao.

Ayelech added: “You can ask my opinion, but I can’t represent the entire community. Somebody can sell to the slaughterhouse if they want to, or not. For me I won’t sell, but others may.

“Overall, it’s not something the community gives consent for. We know the slaughterhouse is nearby, I have all the information, but we keep saying to the government it’s against our culture and social values.”

Ayelech also mentioned a fear the family had about the slaughterhouse’s impact on the local food supply. They discussed their worries of donkey meat entering the food markets, and were already questioning the products they were buying and if the meat was in fact from donkeys.

Ayelech said: “It is a worry, as it’s against my culture, my tradition. We don’t want the factory to slaughter donkeys.” 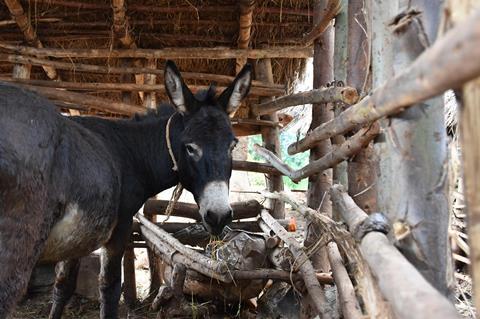 One of the Asella family donkeys, feeding in his purpose-built shelter.

Childrens’ schoolbooks rest on the backs of donkeys

One of their children, Tariku, had been listening to his mother and father and was keen to share why he too disagreed with the slaughter of donkeys.

Tariku said how donkeys are good, and described the respect and trust he has for them. At the end of a long day of walking with a donkey to take goods to market, the young boy will hop upon the donkeys back to save his feet on the way home.

Ayelech said: “When Tariku wants cash, he doesn’t get it from his father – he goes to the donkeys! He will go and sell stuff at the market from the back of the donkey, like firewood and animal feed. He can then get his school exercise books, new shoes and more.”

Tariku lights up when he talks about his fondness for the family’s donkeys – a passion that has clearly been passed onto him by his mother and father.

For this family, and the countless others taking a stand against the skin trade in Ethiopia, their donkeys mean infinitely more than a means to an end. Their donkeys help to bring joy, independence, and strength to their community. 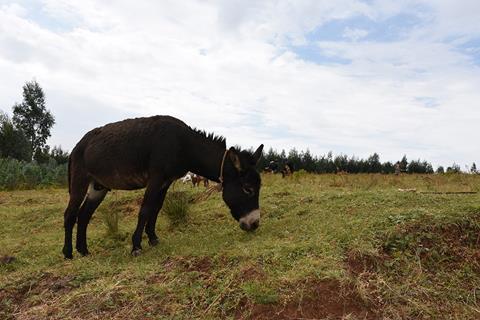