Donkeys are in a state of global crisis with the animals facing population collapse across a number of countries as traders target their skins to export as an ingredient for ejiao, a traditional Chinese medicine. 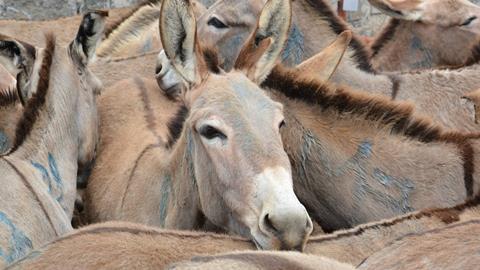 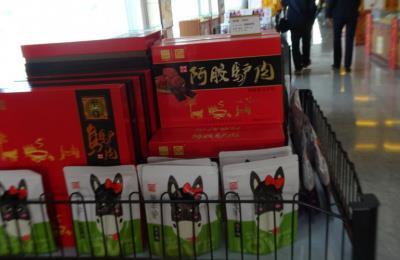 The Donkey Sanctuary’s latest report into the trade, Under the Skin Update, has found that local donkey populations have crashed in a number of countries as increasing demand for ejiao has led to an unsustainable number of donkeys being slaughtered.

Gelatine in donkey hides is a key ingredient in ejiao and The Donkey Sanctuary is now calling for an urgent halt to the largely unregulated global trade in donkey skins before donkeys are virtually wiped out in some areas.

The supply of donkey skins cannot meet demand in China, which needs around 4.8 million hides per-year for ejiao production, so traders, mainly in Africa, Asia and South America, are exporting additional skins to China.

In Kenya and Ghana, both countries where the skin trade operates, donkeys are also being exploited by traders with fears that their numbers could be devastated in the near future.

With just under five million skins needed every year for ejiao production, the industry would need more than half the world’s current donkeys over the next five years to meet demand. 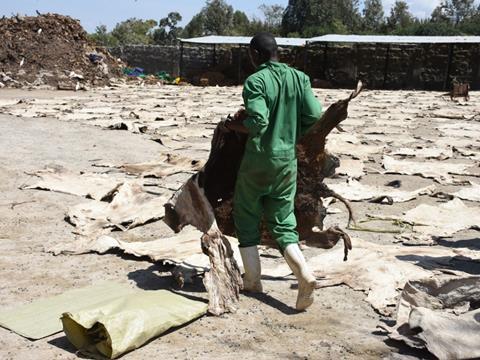 The collapse of the donkey population will have a hugely damaging impact on the livelihoods of an estimated 500 million people in some of the world’s poorest communities that the animals support.

Donkeys transport goods to market, carry water and wood, provide access to education and are a vital source of income for vulnerable communities, particularly women.

The report reveals appalling animal welfare abuses and biosecurity risks at every stage of the skin trade both in its legal and illegal forms.

Tens of thousands of donkeys, many of whom are stolen, are rounded up to endure long journeys to slaughterhouses on crowded trucks without access food, water or rest with an estimated 20% of animals dying on route, in some cases. 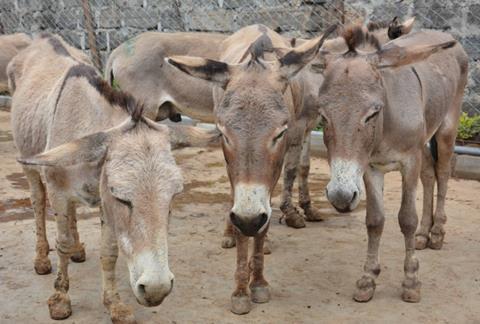 Demand for skins is so high that even pregnant mares and young foals as well as sick and injured donkeys are indiscriminately caught and transported, contrary to international animal welfare guidelines.

The report revealed that many skin trade donkey handlers have little or no training in animal handling, often resorting to cruel and illegal methods of controlling donkeys such as kicking, dragging and the use of spiked sticks called goads.

Conditions in many of the donkey slaughterhouses are appalling. The Naivasha slaughterhouse in Kenya was immediately closed after witnesses recorded footage of dead and dying donkeys some with open, maggot-infested wounds. Aborted foetuses were also seen as well as skinned carcasses dumped next to live donkeys awaiting slaughter. The slaughterhouse has since reopened.

In Bahia, Brazil, 800 donkeys were found starving to death in holding pens alongside hundreds of rotting carcasses which had polluted their only water source. 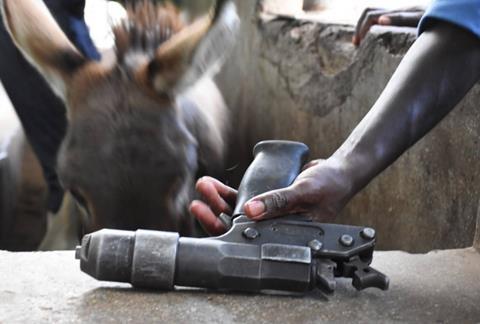 Donkeys are often brutally slaughtered in front of other animals. Footage obtained by The Donkey Sanctuary from a slaughterhouse in Tanzania revealed animals being repeatedly hit with hammers in failed attempts to stun them.

The Donkey Sanctuary has also discovered links between the skin trade and wildlife crime, with some traders offering donkey skins for sale on online platforms that are also selling illegal wildlife products including ivory, pangolin scales and rhinoceros horn. In one instance, tiger skins were found hidden underneath donkey skins.

Unhygienic practices during transport, in slaughterhouses and when the hides are processed onwards have resulted in an increased risk of the spread of dangerous diseases such as anthrax and equine diseases, equine flu and strangles.

More than 60,000 donkeys died in West Africa this year along live skin trade routes, which the World Organisation for Animal Health have said are almost certainly linked to the trade.

These deaths demonstrate the potentially high risk of contagious diseases being spread as a result of the skin trade. Donkey skins from this area are being exported untreated direct to China.

Mike Baker, Chief Executive of The Donkey Sanctuary, said: “This is suffering on an enormous and unacceptable scale. This suffering is not just confined to donkeys as it also threatens the livelihood of millions of people. 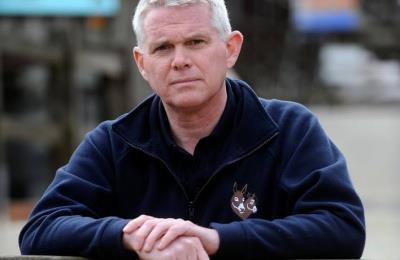 “The skin trade is the biggest threat to donkey welfare we have ever seen. Urgent action needs to be taken.”

Stephen Njoroge from Kiserian, near Nairobi, Kenya, is totally dependent on his donkeys for his livelihood. He said: “I used my donkeys for general transport, collecting water, taking vegetables to market and carrying construction materials.

“My donkeys were very close together and were stolen in the same night, and I am still recovering from the loss. I have heard much about the donkey slaughterhouses and they are causing the donkey thefts in this area – they should be closed down straight away; it is the only way to stop the thefts.”

The Donkey Sanctuary is calling for the ejiao industry to cut links with the global skin trade and move towards more sustainable sources of raw materials provided by cellular agriculture such as the use of artificially grown donkey-derived collagen.

The charity is also recommending that the Chinese Government suspends the import of donkeys and their products until both can be proven to be disease free, humane, sustainable and safe and for national governments to take immediate steps to stop the trade.