As the saying goes, the grass is always greener on the other side - and one member of our Sidmouth donkey herd always ensures to test this theory. Meet Tally - The Donkey Sanctuary’s pint-sized escape artist. 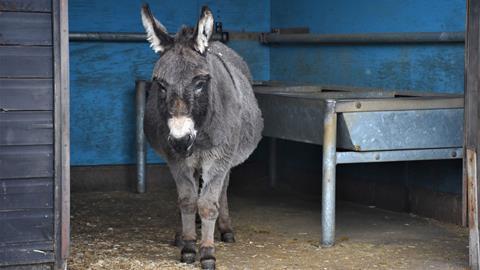 When it comes to sniffing out the lushest patch of grass, there is often a bit of friendly competition for places among our herd.

One of our miniature donkeys at The Donkey Sanctuary in Devon is keeping staff on their toes by popping up in all the wrong places.

Enter The Donkey Sanctuary’s very own Harry Houdini: Tally is a talented escape artist who has confused grooms by appearing on the other side of the fencing put in place to manage our donkeys’ grazing.

Every day, staff discover her chomping on the longer grass without a care in the world, leaving her stablemates somewhat jealous and our grooms mystified in her wake.

With no witnesses to her daily donkey escapades, we decided to set up a camera to catch her in the act. It certainly was not long before we caught Tally red-handed, acting without a care in the world.

The footage shows Tally - seemingly unaffected by the shock of the electric fence - escaping with little subtlety or ninja-like dexterity to her technique at all. By simply ducking under and lifting the wire over her back, the mercurial mini grabs her chance to graze in peace.

“Tally’s making a real name for herself,” says Maxine Carter, Farm Manager. “If she were a human, you’d probably be saying ‘lock her up’ because she’s been into every sweet shop going, gorging on all the goodies!

“We’ve thought up different ways to try to stop her having free-rein to the longer grass, but she’s found the knack and at the end of the day, that’s where she wants to be and that’s where she’s happy, so we just need to keep an eye on her.” 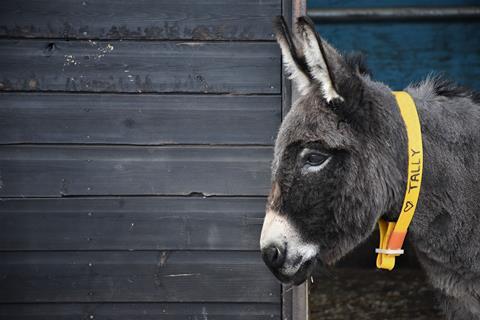 A history of roaming on the wrong side of the fence

Tally is not the first donkey at the sanctuary to have tested the boundaries. In her book, D is for Donkey, our founder Dr Svendsen remembers staff member Maggie catching a donkey called Bill in the act.

She wrote: “Maggie went out with a few ginger nuts in her hand to give the other donkeys a treat before taking them out for a visit to a school. Once again, Bill was on the wrong side of the fence. When he saw the biscuits in Maggie’s hand, to her amazement he took a short run and jumped cleanly over the fence with no trouble.

“The fence was nearly three feet high – none of us had realised that donkeys were able to jump that high voluntarily – the lure of the biscuits was just too much temptation.”

You can visit Tally, who lives at the Beach Boxes shelter at Slade House Farm, along with miniature friends Jasper, Panny, Ricky, Benji and ‘The Hubbards’. You can also keep track of everyone’s antics on our live webcam. 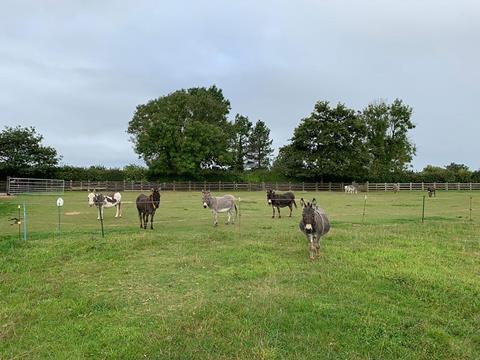