The Mules and Men of World War I - Remembrance Day 2019

As we pay our respects to those fallen in times of war, we look back to the mules, donkeys and horses that rode into battle with our troops and often sacrificed their lives alongside them. 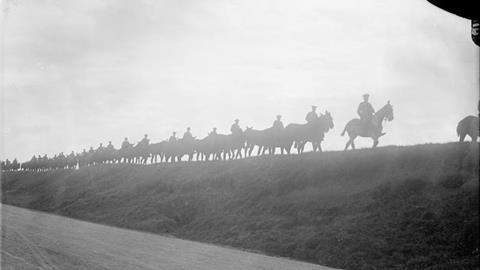 Donkeys and mules: walking in the hoof prints of fallen warhorses

At the beginning of the First World War, the British Army owned just 25,000 horses. Nowhere near the amount they would require on the front line, they purchased or conscripted another 165,000. Sadly, the horses did not fare well: hundreds of thousands lost their lives within a few weeks.

Both at home and at war, donkeys and mules were called upon to pick up the shortfall in horses. Given the sheer amount of horses transported to the front line, it was up to donkeys to sustain labouring and agricultural industries at home in Great Britain.

At battle, the British turned to the mule in order to carry out the work of warhorses that had died. By the end of the First World War, the British Army owned around 250,000 mules. 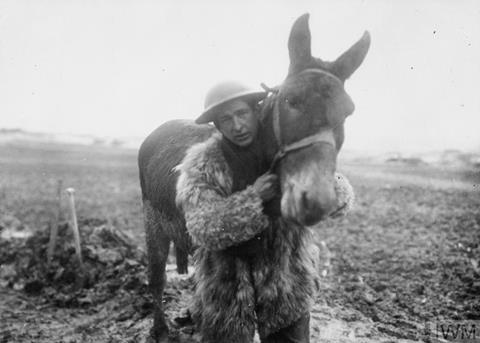 Mules in the war effort

Using mules in place of horses was not plain-sailing for our troops; a lack of understanding of the mules’ temperament, and their need for patience and trust, caused problems for both mules and men in the early days. Thankfully, it was not long before many individuals learnt to work well with the mule, becoming known as ‘the muleteers’.

The mens’ ‘long-eared charges’ soon became revered for their physical and mental strength in the most testing of conditions. Respect for mules was paramount when working with them, giving rise to a war-time saying: “The men that began to work with mules either began to work with patience or trust, or they ended up in the field hospital.”

Mules carried food, weaponry, and other much-needed supplies on the front line. If frightened, a mule will rarely bolt or panic like a horse; they will more likely study the situation before responding. It became common knowledge that if you wanted your cargo to be safe, then the best place to have it was on the back of a mule. 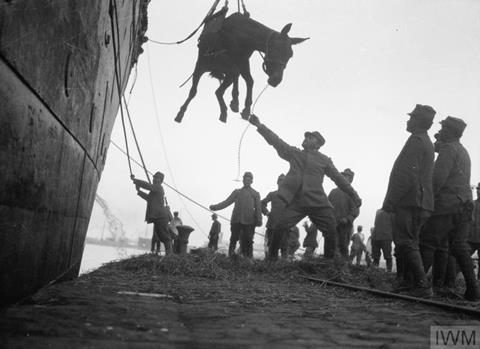 Living cheek-to-cheek in the most dire of circumstances, the soldiers and their mules developed great respect for one another.

“My life, and that of the regiment, was saved by our mules. We were so dependent upon them to deliver the goods of war. They survived terrible, wet battle conditions, better than the horses. I have worked with mules, donkeys, and horses, but be assured that the mule will be going long after the others have given up. Even upon reduced rations, mules didn’t fall sick and were incredibly brave under fire.” Anonymous, WWI veteran.

Perhaps one of the most important things that mules gave their soldiers was companionship. They were a friend who didn’t answer back, didn’t judge, and listened to many a desperate tale. What better companion for the darkest of days? 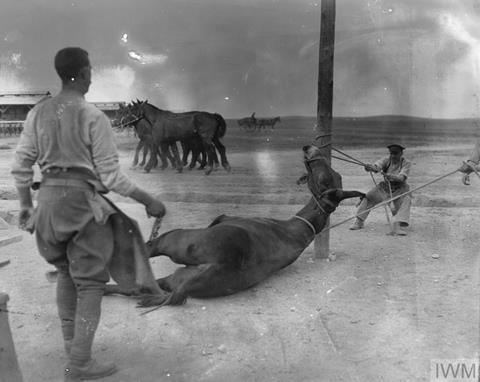 At Woods Farm, Devon, staff ensure to take time to remember the fallen equines of the great war among the fast pace of work on the farm.

Farm supervisor Lisa Spence takes up the story: “Every now and then during the busy schedule of farm life, a moment happens where we stop and reflect on the history that donkeys and mules secretly hold that not everyone is aware of or recognises.”

Machine Engineer at Woods Workshop, Andrew Prettlejohn, took the time to craft a beautiful purple poppy out of old horseshoes, which now stands at the farm as a permanent marker of remembrance.

“Andrew brought in his latest creation and placed it perfectly for all to admire as we went about our day to day jobs.” Lisa continues.

“No matter what time of year it is, we will always remember them.”