Allan Freeman appointed as chair of Remember A Charity

At its Forum in London this week (12 November 2019), Remember A Charity announced the appointment of fundraising specialist Allan Freeman as chair of the campaign.

With responsibility for guiding the 200-strong coalition of charities to meet its goal of making legacy giving a social norm, Freeman takes up the voluntary role with immediate effect.

Craig Fordham, interim chair of Remember A Charity and director of legacies at Macmillan Cancer Support, welcomes Freeman to the role, saying: “For the past 8 years, Allan has been a key figure behind the scenes at Remember A Charity as a member of its steering group, contributing to the campaign’s shift of focus from a promotional campaign to one that focuses on driving behaviour change. At the end of a rigorous recruitment process, we are delighted to appoint him as chair and are greatly looking forward to working with him in this new capacity.” 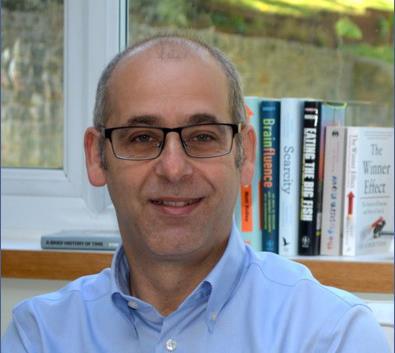 Heading up Remember A Charity’s board (the Executive Committee), Freeman is tasked with overseeing that the coalition delivers on its three-pronged strategy of driving the public’s consideration and action about gifts in Wills, ensuring professional advisors consistently reference the option of legacy giving when advising clients and of working to create a more favourable environment for charitable Will-writing.

Allan Freeman, chair of Remember A Charity, says: “Fundraising is becoming ever more challenging and yet the public’s willingness to leave a bequest continues to grow. Legacies have become the bedrock of financial stability for so many charities and are capable of changing the future of so many more.

“As it stands, there remains an intention gap between those who are open to the idea of leaving a gift in their Will and those who actually do so, leaving a huge opportunity to further grow the donor market. I’m delighted to have the opportunity to chair the campaign at such an exciting time, as we draw closer to the tipping point when legacy giving will become a social norm.”

Freeman picks up the reins from interim chair Craig Fordham and former chair Alex McDowell, who stepped down in December 2018. Both Fordham and McDowell remain on the Executive Committee, together with Fi Riley, head of legacy marketing at British Heart Foundation and Clare Moore, director of legacies at Cancer Research UK. The board will continue to work closely with Remember A Charity’s staff team, led by director Rob Cope.

Fordham praised McDowell’s ‘immense’ achievements during his 6-year tenure as chair, saying: “Under Alex’s leadership, the coalition grew from 140 to 200 members, developed a powerful policy and lobbying voice to protect and strengthen the wider legacy environment, and expanded its network of campaign supporters to over 1,400 legal advisers. We are hugely grateful for his guidance, commitment and energy as chair.”