Claire Matthews was unrepresented when she was struck off in March 2020 for the alleged dishonest cover up that followed her having left a (locked) bag of confidential papers on a train. 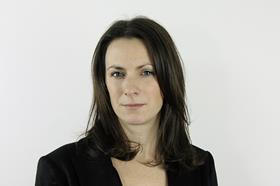 Thanks to a crowd-funding campaign and a pro bono legal team, the Solicitors Regulation Authority (SRA) was persuaded to sign a consent order agreeing to a re-hearing without the need for a contested appeal.

While the precise reasons for this SRA U-turn may never be fully known outside of those involved, Ms Matthews’ mental ill-health was plainly a relevant feature. Ms Matthews raised her underlying mental health issues before the Solicitors Disciplinary Tribunal (SDT) and gave evidence of how the stress of the incident had exacerbated these, contributing to her behaviour after the loss of the bag. Sadly, no medical evidence was produced on this obviously crucial matter; its absence paving the way for a finding of dishonesty and the inevitable sanction.

How did this happen and could similar cases be avoided?

The answer to how, is found in what appears to be a reluctance by the SRA to place too much (some would say any) focus on the mental health of solicitors as being relevant to the SRA’s exercise of its enforcement functions.

There are three clear examples of how this plays out.

The first, and relevant to how Claire Matthews’ case was dealt with, is that the mental health of solicitors is often not explored by the SRA at investigation stage in the context of the assessment or determination of allegations of professional misconduct. There are obvious and notable exceptions to this, but the fact remains that there is no structured process for ensuring that, where the mental health of solicitors may be relevant, that is properly explored. The present system of ‘leaving it to the solicitor’ in question to know what evidence they need to advance, when and how to deploy it, leaves unrepresented and unwell solicitors exposed to decisions which are not capable of reflecting their true state of mind, as the evidence needed is so often simply not before the regulator or the tribunal.

The second clear example of the SRA shying away from addressing, head on, the issue of fitness to practise is the seeming ambivalence of the regulator to introducing a health jurisdiction. Bearing in mind that it has had the power to do so since 2007, and despite calls from the former CEO of the SDT, Susan Humble, to bring in a scheme, similar to that operated by regulators in other sectors, this has not moved up the SRA’s agenda.

The final example is found in the SRA’s apparent lack of interest in really grappling with the issues surrounding the critical importance firms play in creating a culture where mental health is protected and valued. There have been a string of recent cases in which mental health has played a prominent role in the conduct of the accused solicitor, the worst examples involving a backdrop of toxic working environments (think Sovani James), oppressive and unforgiving managers, leading to significant mental health problems. Beyond a passing mention in the 2019 Standards and Regulations and Enforcement Strategy, law firm culture has not been the subject of any SRA guidance or engagement at firm level; this is something that needs to change if the root causes of some cases where health plays a role are to be avoided in the future.