The UK’s legal market is rich and variegated. Firms come in different sizes, excel in different ways, have different geographical locations and in some cases different national heritages. To the outsider, some firms may seem similar to others of comparable size, location or work type. How they will differ is often only really understood by those that work there. That is because every law firm has a different culture. It may have developed over decades or even centuries or it may be the consequence of the leadership, business model or the nature of the clients. In some larger firms the culture may even vary depending on the team or the office. 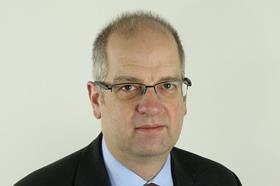 What is less understood is the link between culture and compliance with regulatory rules. Until 2011 the solicitors’ profession was largely regulated at an individual level. The SRA (and the Law Society before it) would look through the firm and hold individuals accountable for their behaviour. Since 2011 we have had entity regulation of law firms but it is only in its more recent Standards and Regulations that the SRA has begun to articulate a link between culture and ethical behaviour. The SRA’s Enforcement Strategy provides that it will take action against a firm: 'when the events demonstrate a failure which relates to the culture, systems, supervision arrangements or processes for which the firm, as a whole, should be held accountable.'

It is relatively straightforward to envisage circumstance where a firm’s systems and processes are so deficient that it ought to be held responsible by the SRA. In most cases that will mean a fine. The examples include conflict checks, AML checks or monitoring undertakings.

Culture is however a more difficult issue to regulate. Yet ironically it is probably the most important driver of regulatory compliance. We are social animals and tend to behave in a way that is expected by those around us or to avoid confrontation.

For example, what if a firm had a 'blame' culture where any mistakes were the subject of an angry response or worse by partners, possibly even leading to dismissal. A junior solicitor in that firm misses a limitation deadline. Fearful of the consequences of coming clean (compounded by their own personal mental health issue), that junior solicitor in a blind panic covers up their mistake, lies when challenged until eventually, and inevitably, the truth emerges. Subsequent medical reports demonstrate that the junior solicitor was at the time unable to cope with the pressure but has since taken steps to identify and manage the issue and there is no risk of future repeat behaviour. Conventionally that individual alone would be the subject of proceedings brought by the SRA in the SDT. The SRA would allege dishonesty and if proven the individual would be struck off. Yet this is the very type of case that has caused such concern in the profession. It is no longer a given that the SRA would not look at the firm. Based on these facts, it is difficult to see that the culture of the firm was not a significant if not primary cause of the conduct. That junior solicitor may have had an exemplary career if they had not been put under such pressure at an early stage. How many more juniors might face the same issues at that firm in the future? That risk is reflected in the SRA Enforcement Strategy.

Imagine another scenario whereby a particular department or team within a firm has a work hard, play hard culture. Pre-lockdown members of the team were expected to socialise late into the night and heavy drinking was approved and encouraged by the partners in the team as a way of bonding and ‘letting off steam’. Everyone else in the firm including senior management was uncomfortable about this culture but this was the biggest billing team and so a blind eye was turned. That was until the night where, after a heavy drinking session, there was a serious incident involving a junior female solicitor. Again, the conventional SRA approach would have been to look to the individual involved in the incident who, self-evidently, bears responsibility. However, the Enforcement Strategy suggests it may no longer stop there.

Of course, in following through on the wording of its Enforcement Strategy one might think that the SRA may face evidential issues in proving what happened within these firms. However, that would be understating the legal profession’s ability to document its every thought through emails and to underestimate the SRA’s willingness to seek extensive documentation from firms in order to investigate these types of issues.

There could be uncomfortable times ahead for those firms that do not begin to think of their culture as a potential regulatory risk.