SDT should take an integrity-based approach

There’s no doubting the impeccable legal logic of Flaux LJ in SRA v James, Macgregor and Taylor ([2018] EWHC 3058 (Admin)) and the great care with which those particular decisions were reached. The decisions do, nevertheless, raise the question of whether the law’s approach to cases involving dishonesty on the part of solicitors is right, not only for justice to be seen to be done to individuals but also for the broader public interest. 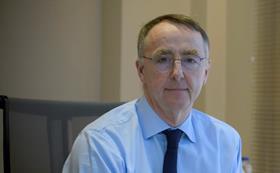 The SRA appealed in three cases against the failure of the SDT to strike off the three solicitors who had been found to have behaved dishonestly. One of the cases concerned a young solicitor who on nine occasions had giving a deliberately misleading impression of the position of proceedings as she was too fearful to reveal the true position. She was a vulnerable person in a pressured working environment which she found toxic. She did not correspond to the public perception of a crook.

It will only be in the most exceptional circumstances that a solicitor who behaves dishonestly will not be struck off. There are only two reported cases where something other than striking off was found to be appropriate.

The wellspring of this approach is the decision of Sir Thomas Bingham in Bolton v Law Society [1994] 1 WLR 512. Lord Bingham’s reasoning is hard to fault. If a solicitor acts with anything less than complete integrity, probity and trustworthiness, he must expect severe sanctions. Lapses may be of varying degrees but proven dishonesty is the most serious. There is a need for punishment and deterrence. The sanction is to ensure that solicitor cannot reoffend. Most fundamental of all, the reputation of the profession as trustworthy must be preserved.

Bolton has come to be thought of as containing a single simple proposition – if a solicitor behaves dishonestly he will almost always be struck off because otherwise solicitors generally would be considered untrustworthy. Actually the judgment sets out a rational framework at the heart of which is the need for integrity, probity and trustworthiness. It acknowledges that lapses may be of varying degrees and correctly identifies the central importance of the profession’s reputation.

Dishonesty is an elusive concept which a jury is expected to recognise when it sees it. It is the standard of an ordinary person, not a professional. Many petty deceits or trivial misappropriations in everyday life would not be regarded by the person in the street as dishonest. It is right that solicitors are held to a higher standard of integrity than simply being honest. A solicitor’s failure to meet even the ethical standard required by the criminal law of ordinary people is particularly bad, but it does not follow that the objectives identified by Lord Bingham necessarily require an approach in which honesty is the test and the circumstances are only really relevant in a usually fruitless search for exceptions.

No-one doubts that the kind of dishonesty that leads juries to convict for theft or fraud makes it clear that the convict is unfit to be a solicitor, but what about deliberate untruths that would never lead to a criminal investigation, still less a prosecution. As Lord Bingham identified, they matter a lot but they should be approached not from the basis of an allegation of dishonesty but of lack of integrity. It is the ethical standard of the profession that matters, not the concept of dishonesty essentially drawn from the criminal law.

Not all actions which lack integrity are equally serious nor do they necessarily require the same conclusion as to a solicitor’s character or fitness to practice. The effect of some actions which lack integrity may not be to damage the public’s trust in solicitors generally even if the penalty is something other than striking-off. It would be the SDT’s task to look at all of the circumstances to establish the seriousness of the actions involved with Lord Bingham’s objectives very much in mind. The choice would no longer be a binary one between dishonesty or not. The question would be whether the lack of integrity in the circumstances was such as to make the solicitor unfit to practise on the basis of Lord Bingham’s reasoning.

In most cases an exclusively integrity-based approach would lead to the same outcome but it would allow the SDT to consider specifically whether the absence of striking off would undermine trust, or risk reoffending, or undermine the standards of the profession. In perhaps only a few cases, it might just be that the harshest of punishments is not necessary and that an errant individual does not need to be condemned forever so that others may be trusted.

John Gould is senior partner of Russell-Cooke LLP and author of The Law of Legal Services (2015, Jordan Publishing)