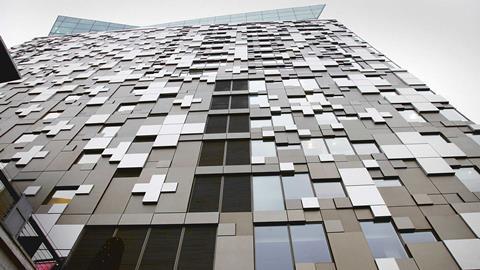 The profession’s two-pronged disciplinary system is unfair and must be reformed.

If you work in a traditional law firm, disciplinary action will take one of two forms. The less serious matters will be dealt with in-house by the Solicitors Regulation Authority, which has statutory powers to rebuke and fine solicitors up to £2,000. This jurisdiction was given to the SRA in mid-2010 to keep out of the Solicitors Disciplinary Tribunal those cases which do not justify the full rigmarole of a tribunal hearing.

Accordingly, the SRA will usually deal with the matter on the papers alone, and decisions will be made by an SRA-employed adjudicator or adjudication panel. Although purists do not like the idea of the prosecutor acting as judge and jury, the limited powers of punishment provide justification for the system, and the solicitor has an unfettered right of appeal to the SDT.

These statutory powers, introduced in the Legal Services Act 2007 by way of amendment to the Solicitors Act 1974, could not be exercised until the SRA had made rules in accordance with the terms of section 44D of the 1974 act, which also required consultation with the tribunal about the content of the rules. There was considerable delay in the promulgation of the rules, caused largely by disagreement over the standard of proof to be adopted by the SRA in making disciplinary decisions. Eventually the SRA (which wanted to use the civil standard, against the wishes of the tribunal and the master of the rolls) prevailed, and the Legal Services Board approved the SRA (Disciplinary Procedure) Rules. The current rules were promulgated in 2011. The SRA has since tried to persuade the Ministry of Justice to increase its fining powers. Thus far, it has failed.

The more serious cases are referred to the SDT. The tribunal has been held by the courts to be independent and impartial, and has unrivalled experience in dealing with solicitors who are alleged to have committed professional misconduct. It adopts the criminal standard of proof. It can strike off, suspend and fine. Although its fining powers are unlimited, the highest fine it has yet imposed is £50,000. The tribunal consists of two solicitors and one lay member, all appointed by the master of the rolls. It deals with between 200 and 250 cases in an average year. Proceedings are held in public, and there is an automatic right of appeal (available to both sides) to the High Court.

The tribunal holds regular training and updating sessions for its members. It has recently reconstituted a Users’ Group, by which interested stakeholders can discuss pressing issues with tribunal representatives, in an attempt to influence its policy. This is a thoroughly healthy system, and it works well. I regularly defend solicitors in the tribunal, and although conviction rates are very high, the hearings are scrupulously fair. And where the tribunal believes that the SRA has over-reacted by bringing a case before it, it is not afraid to say to.

If I were a solicitor employed in a traditional law firm, I would regard that as a pretty satisfactory system.

Now imagine that you decide to leave your position in your traditional law firm, and take up employment in an ABS, doing much the same work in much the same way. Believe it or not, you would now be subject to an entirely different disciplinary system. In your case, the primary decision-making body in serious cases would no longer be the SDT but would now be the SRA. It would have power to disqualify you from membership of an ABS, and would be able to fine you up to £50m, and fine the ABS up to £250m. These are staggering sums. An appeal will lie to the SDT, but any further appeal to the High Court can only be on a point of law, and requires permission.

If I were a solicitor employed in an ABS, I would most emphatically not regard that as a satisfactory system. Instead of a guaranteed public hearing before an experienced, independent and impartial tribunal appointed by the master of the rolls, operating the criminal standard of proof, I could be disciplined by a single employee of the prosecutor, operating the civil standard of proof, with no right to an oral hearing, let alone a public hearing.

It is not only individual solicitors or employees who can be dealt with in this unbalanced, two-pronged system. Precisely the same applies to the entities themselves, and the SRA is moving increasingly towards the concept of entity regulation. A traditional law firm, LLP or company will therefore be dealt with in one way, and a licensed ABS in another.

Almost 200 ABS licences have now been granted, though no disciplinary proceedings have yet been taken against ABSs or their managers. But that is only a matter of time. The 2011 rules have not been amended to cater for the eye-watering powers that the SRA now possesses against one segment (and one segment only) of the profession. There has been no publication as to when, for instance, the SRA might find it appropriate to hold oral hearings. But to any experienced lawyer, the idea that a professional can have their ability to practise terminated, or be subjected to a massive fine, without any sort of oral hearing, is anathema.

How will this system work in practice? Several years ago more than 70 solicitors from a variety of firms were disciplined by the SDT for professional misconduct arising out of the coal health scheme introduced by the government at the end of the 1990s. A small number were struck off or suspended, and the vast majority were fined. If such a situation were to recur today, there is no doubt that some of the solicitors would be working in ABSs. So there would be a two-pronged disciplinary system: some would be dealt with by the SDT and some by the SRA. How can that possibly be either rational or desirable?  What would happen if, as might well be the case, the SRA regarded the misconduct as more serious than did the SDT? Presumably, all of those dealt with by the SRA would have to appeal to the SDT, thus increasing costs and reducing confidence in the system.

Other difficult questions present themselves. How will the adjudicators achieve proper independence from their paymasters, the SRA? Who appoints them, and by what criteria? How are they trained? What experience have they had of sitting in judgement on solicitors? On what basis will they decide whether to hold oral hearings, and what procedural protections will be afforded to accused solicitors? The SRA website provides the names of 16 legally qualified, and 10 lay adjudicators. It states that they make decisions as to whether to reprimand solicitors, prosecute them before the SDT, or intervene to close down a firm. It is silent on whether these individuals also exercise the statutory power to fine solicitors up to £2,000. Nothing is said, either, about the vastly increased powers to discipline ABSs and those working in them.

Early in the year, the SRA consulted on how it was proposing to exercise its new powers to fine ABSs and those working in them. It did so without consulting the SDT, a surprising omission which is unlikely to foster confidence in the ultimate result. The SDT does not explicitly exercise its fining powers so as to remove the financial gain made from the misconduct, whereas the SRA proposals were predicated upon this concept. This raises the spectre that completely different policies could be adopted by the two bodies for fixing the quantum of fines upon solicitors and the bodies they work for. A solicitor in a traditional law firm (or the law firm itself) could face a much higher or lower fine than a solicitor in an ABS (or the ABS itself), for precisely the same misconduct.

I cannot understand why the new powers were given to the SRA rather than the SDT. It may be that the government wished to replicate the model used in the financial services industry, but the legal profession is very different from financial services. Lawyers are fiduciaries; bankers, insurers, stockbrokers and independent financial advisers are not. For all barristers and solicitors, our reputation is our most priceless professional asset. A major bank can shrug off multi-million-pound fines with no discernible effect upon its modus operandi. Solicitors being prosecuted before the SDT tend to discover that as soon the SRA publishes details of the allegations on its website, they, the solicitors, are removed from panels employed by those self-same banks. Disciplinary proceedings against lawyers are usually far more damaging than are equivalent proceedings against financial services personnel.

Is it too late to revert to a rational and fair system, by which the SRA investigates and prosecutes, and the SDT adjudicates on those who are alleged to have transgressed?  It would need primary legislation, or perhaps a decision by the courts that the present two-pronged system breaches the Human Rights Act. Now there is a thought – although ECHR challenges to aspects of the conventional disciplinary system have always failed to date.

Annual membership of the Law Society’s Risk and Compliance Service helps solicitors get up to speed and stay up to date on key requirements, best practices and important changes in risk and compliance. It provides key benefits and discounts on existing and new Law Society products and services, helping you to plan so that firms are ready to respond proactively to the demands and uncertainties of operating within a fast-evolving regulatory framework.