Insight: How can delegation be used by law firms to maximise efficiency?

Maxine Park is the founder of DictateNow, the largest digital dictation and transcription specialist in the UK

In essence, delegation seems straightforward enough, it’s a simple case of empowering someone else to do a task rather than yourself. 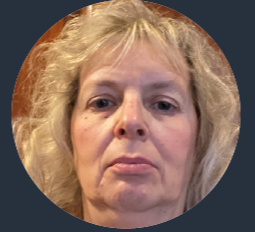 However, in practice it is an incredibly difficult process for a multitude of reasons, not least that delegation requires a long-term perspective.

It is true in all walks of life, but in law it seems especially prevalent, where in my opinion some highly experienced lawyers find letting go difficult.

After all, why talk a junior colleague through what to do, when you can do it yourself in 10 minutes? Talking it through might take longer than the task itself, and then the chances are when the task is done it won’t be of the standard that you could have achieved.

Yet, despite having to allow for a learning curve for someone less accomplished than oneself in a certain area of law, delegation is essential for businesses to thrive.

For instance, we all have anecdotes of the senior lawyer, who took on too much and ended up having a breakdown or worse.

His or her demise, will also leave a trail of demotivated people below, who were never allowed to fulfil their potential and move on.

As a non-practising solicitor myself whose business provides transcription services to many within law, delegation has helped us thrive.

Outsourcing, which we do is a form of delegation on a large scale, and without delving too far into this, it is not surprising as law firms call on other realms of expertise, like IT, for instance, rather than employing in-house, instead allowing a laser focus on fee earning activities.

A close look at these high performers is essential, for those who want to stop firefighting.

The best performing individuals have delegation down to a tee. They accept they can’t do everything.

Delegation in its finest form is what Stephen Covey describes in his famous book, The Seven Habits of Highly Effective People.

It is stewardship delegation, Covey’s idea on effective delegation, which is focused upon results rather than the method to use in order to get a job done.

We need to advise on a few things which might take time in the beginning, but the results are far better than poor instructions under stress.

For Stewardship Delegation to work the person performing the task must have a clear picture of what the end result is, with a few parameters to follow, so the quality of the end result is safe. But it can’t be micromanaged so that their own creative thinking is taken out of the process.

The ability for the person taking on the task to go through the process of learning and transferring it into knowledge is vital, according to Covey.

Of course, the person who has delegated needs to be kept informed, but know that you are there to help if there’s questions – making them accountable for how the task is done by way of timed progress reports, and advising when it has been accomplished is vital.

Also, if the task is to be done within a certain timeframe, incentivise them with what the rewards will be, but also advise any possible consequences that may arise if things aren’t done by a deadline. This doesn’t need to be as sinister as it may sound, but for instance explain how it affects the whole process of what they are doing. For instance, if it could delay a court case etc., or hinder a property deal going through.

It takes cool and calm communication.

This master delegator, will take time to empower others, and in doing so keep the employee happy as they grow. After all, it is part of the human condition and ambition that we want to learn new skills.

It’s a world different from the senior lawyer who types copious notes on two fingers, or surfs around looking on Google because his or her laptop has slowed down to a snail’s pace.

There’s never been so much good advice on productive delegation for lawyers to improve their work, but it is vital to strive to take the time out to ensure it is done properly.

Good delegation will empower employees, make a law firm a better place to work and is worthy of investigation for those who wish to give this matter the attention it surely deserves.

DictateNow are a partner of The Law Society and our members can benefit from 10% member discount of their services. To get that simply quote LAWSOC when calling 020 8236 9474 or e-mailing info@dictatenow.com