The Court of Appeal has ruled that solicitors should be able to claim protocol costs for claims which did not go beyond the first stage.

In a judgment that has been eagerly awaited by personal injury lawyers, Lord Justice Briggs said law firms were entitled to £400 costs for claims which dropped out before Stage 2.

In the three identical road traffic accident claims, the defendant’s insurer admitted liability and paid the claimant the Stage 1 fixed costs of £400 (as they were before July 2013). But when the claimants took no further steps to advance their cases and they were statute-barred, the insurer EUI Limited (trading under the Admiral name) sought to recover the costs. 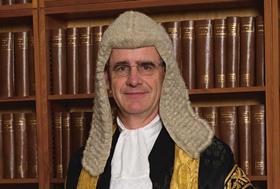 Sitting in Cardiff County Court, District Judge Phillips had earlier ruled in favour of the insurers on the basis the RTA Protocol conferred a right of recovery of Stage 1 fixed costs where the claims were not continued beyond that stage.

Lawyers for the claimant firm challenged that analysis on the basis there was no express provision for repayment, and no such right could be implied. They added there was no obligation on the claimants’ solicitors, who will have received the costs as part of their retainer, to repay those costs.

The case attracted interventions from both the Law Society and Association of Personal Injury Lawyers, which made submissions in favour of the claimant solicitors.

In J C and A Solicitors Ltd v Andeen Iqbal & Another, Lord Justice Briggs overturned the county court judgment, saying there was no provision in either the pre-action protocol or the Civil Procedure Rules for repayment of Stage 1 fixed costs.

He said it could only be implied insurers had a right to repayment, but in fact the rules ‘implicitly’ treated Stage 1 costs as costs to which the protocol claimant was entitled outright.

Briggs said: ‘The RTA Protocol is a clear, detailed and precise code, negotiated between sophisticated stakeholder groups under the auspices of the Civil Justice Council, into which the court should be slow to imply terms, all the more so where, as here, the drafters have demonstrated an awareness of the concept of interim payments on account of entitlement to damages, and made no similar provision about interim payments on account of an entitlement to costs.’

He said the ‘express aim’ of the protocol was that solicitors should receive the relevant fixed costs at the end of each stage, regardless of what, if anything, happens at a later stage.

Briggs accepted the Law Society’s submission that the underlying objective is to ensure that those who provide legal assistance to RTA claimants should be paid at the end of each stage, rather than the end of the claims.

‘Furthermore a Stage 1 costs entitlement will only arise once there has been an admission of liability on behalf of the defendant, so that something solid will have been achieved for the protocol claimant by the time when the Stage 1 payment becomes due,’ he added.

Briggs said the district judge’s assessment that £400 was generous did not take into account the checks solicitors need to make, not least because of the requirement to produce a statement of truth.

He rejected fears that a so-called ‘400 Club’ would encourage unscrupulous lawyers to seek authority from claimants to commence a protocol claim simply for the purpose of obtaining Stage 1 costs, without any intention of advancing the claim. Briggs said there was no evidence of such a practice developing, and it was not suggested the claimant firm in this case had done anything along these lines.

‘There is now no risk that such a practice might develop and it would be wrong to construe the plain words of the RTA Protocol by reference to a purely theoretical risk of abuse,’ he added.