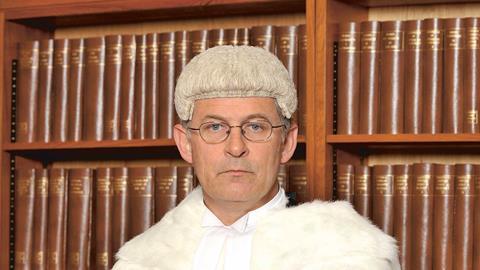 The High Court has ordered a retrial of a solicitor who was found to have been dishonest on two charges where dishonesty was not in fact alleged.

John Michael Malins was struck off last April after he backdated an insurance document and sent it to another firm purporting to refer to the previous date.

The solicitor had produced a form N251 in May 2014, backdated to March 2013, to ensure his client was entitled to recover a six-figure after-the-event insurance premium.

Malins, a construction law specialist with national firm Bond Dickinson, wrote a long letter of admission to the SRA and was subsequently charged on four counts.

Dishonesty was only alleged in relation to Malins’ reliance on backdated documents until October 2014, while the two firms discussed a possible settlement.

In Malins v Solicitors Regulation Authority, Mr Justice Mostyn, sitting in the administrative court, said the SRA’s distinction between dishonesty and a lack of integrity was ‘intellectually virtually impossible to understand’ and led to great confusion in the proceedings before the tribunal.

In accusing Malins of acting without integrity but not with dishonesty, the prosecutor was trying to maintain a ‘cordon sanitaire’ which was repeatedly breached, the judge said.

Mostyn added: ‘[Malins] found himself defending dishonesty allegations in relation to the first two charges which he never expected to have to meet, and which had not been spelt out against him.’

He continued: ‘It is elementary, and supported by abundant authority, that if you are accused of dishonesty then that must be spelt out against you with pitiless clarity.’

The subsequent tribunal judgment, Mostyn said, found Malins guilty of serious dishonesty even where dishonesty had been ‘explicitly eschewed’ and ‘never properly spelt out’.

He was also critical of the tribunal for ‘seriously inadequate’ analysis of character evidence and medical evidence presented by Malins. This had suggested he was suffering from serious depression, and Mostyn said such evidence needed to be treated with proper respect and fair analysis. In the event, this background was ‘given very short shrift indeed’.

Mostyn allowed the appeal and ordered a retrial on the sole allegation issue of dishonest reliance on the documents.