A crooked solicitor has been jailed after he was found to have taken almost £1m from the estates of dead clients, a court has heard. 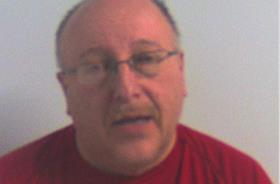 Edgar Stephen Thomas charged hugely inflated fees to deal with probate and other issues following death – in one case charging 50 times the usual fee – and pocketed the cash. In most of the cases he had known the families involved for many years, having acted as their solicitor in the past. He was jailed for six years. Further action under the Proceeds of Crime Act will follow.

In 2016 he was struck off by the Solicitors Disciplinary Tribunal after it found he had abused his position of trust in a 'blatant and despicable’ way and he was subsequently declared bankrupt.

The 58-year-old admitted 23 counts of fraud by abuse of position and theft, Swansea Crown Court heard.

Jim Davies, prosecuting, said the offences took place over a seven-year period while Thomas ran his own firm Steve Thomas & Co, which operated from his home address in Pembrokeshire. The total amount the defendant stole over that period was some £988,315.

The court heard Thomas had worked at the Haverfordwest firm of Eaton-Evans and Morris for many years without complaint – rising to the position of partner – before striking out on his own and starting in business in 2005.

However, during a routine audit of his accounts by the Solicitors Regulation Authority (SRA) in 2011, concerns were raised and a 'non-urgent’ investigation was launched into the way he was levying fees on clients. The court heard that due to an 'administrative error’ at the SRA the resulting report was not acted upon until 2014 when a new investigation was ordered into Thomas’ work.

That investigation, and the subsequent police inquiry, discovered Thomas had been charging ‘grossly’ inflated fees for carrying out work on the estates of 16 clients who had died – often with little or no actual legal work having been done.

The prosecutor said investigators found numerous examples where Thomas was raising charges on accounts, sometimes on a weekly basis, for work in administering people’s estates, and charging tens of thousands of pounds without any evidence he had actually been doing anything to justify them. Thomas also refused to provide proper invoices or details of charges and was evasive when people tried to chase up figures or make inquiries about what was happening to the estates of their loved ones.

In total Thomas defrauded the beneficiaries of 16 people’s estates – including the siblings, children, grandchildren, nephews and nieces, and close friends of the deceased.

Davies told the court the people Thomas defrauded out of what was rightfully theirs had been left feeling betrayed and let down by somebody they thought they could trust.

The court heard Thomas also stole some £50,000 from a firm called Vaughan’s Radio while acting for them in the purchase of a company in Aberystwyth.

In most of the cases the victims of Thomas’ fraud have been compensated for their losses by the SRA.

Ian Ibrahim, for Thomas, said his client’s firm had not been fraudulent from the start. He said the overheads and costs associated with running his own business had 'overwhelmed’ the defendant and the money he had taken from the estates had gone into keeping the company going rather than in funding a lavish lifestyle of designer goods and foreign holidays.

Judge Keith Thomas told the defendant those who practice law must do so with the highest levels of honesty and integrity and he said the defendant had abused the trust people placed in him.