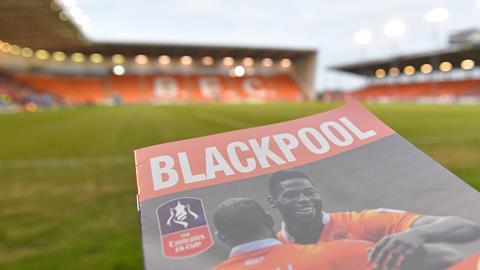 An in-house solicitor at Blackpool Football Club has been awarded £18,000 in damages over an online post that falsely described him as ‘struck off’.

Graham Woodward, an employee of the former Premier League club, was the subject of ‘serious libel’ that would not have been construed as ‘mere tongue in cheek saloon bar banter’, Mr Justice King, sitting in the High Court at Manchester Civil Justice Centre, ruled.

The ruling in Woodward v Grice followed a summary judgment against defendant Andrew Grice in December 2015.

The dispute centred on a post made on the ‘Fansonline’ web forum that referred to Woodward as ‘the well known struck off solicitor Graham Woodward’.

Woodward complained about the post as well as another ‘word for word’ posting on another fans’ message board called ‘backhenrystreet’. However, Grice denied that he published the second post.

The post in which the claim appeared alluded to separate action involving fans of the club who have been in dispute with Blackpool's owners, Karl and Owen Oyston. 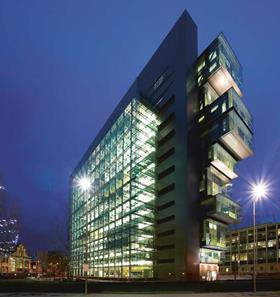 In judgment, King said he was reasonably satisfied that the ‘backhenrystreet’ publication was a repetition of the original publication and that ‘it is the nature of defamatory statements that they are often repeated and passed on when they first appear on an internet website’.

He added: ‘Accordingly, my assessment of damages for the “Fansonline” publication will reflect my assessment of the totality of the injury suffered by the claimant to his reputation and his feelings, as a result not only of the original publication but also of its repetition on the “backhenrystreet” site.’

In his defence, Grice said the ’Fansonline’ message board is ‘extremely quiet’ in the close season and that the post was live for only a relatively short period. He estimated that no more than 50 people will have read the post.

Grice also denied that Woodward would have suffered any reputational loss or loss of earnings because he is not in private practice and therefore does not have any client base of his own. ‘His employment could never have been under threat as he was then and continues to be employed by the Oyston Group of companies and I believe I am one of the last people they would ever take any notice of,’ his witness statement added.

Woodward did not claim any loss of earnings or other financial loss but instead said it was a ‘serious libel’ because it implied he was guilty of wrongdoing when he was not.

King said Woodward should be entitled to ‘substantial damages in vindication of his reputation’.

‘I do not accept the defendant’s submission that the words complained of would have been treated by any reader or anyone else who became aware of them, as mere saloon talk made tongue in cheek,’ he added.

King added that he had not been unsympathetic to Grice’s ‘obvious and genuine sense of grievance’ in relation to his perception of the rights and wrongs of the dispute with Oyston family, but that he must understand that these matters cannot mitigate damages for this particular libel.

After the summary judgment, Grice published an apology to Woodward on the Fansonline site.