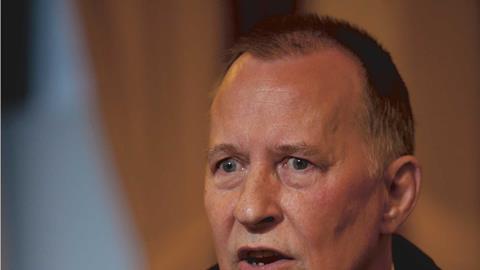 Ex-offenders should be eligible to join the magistracy, the chairman of the Magistrates’ Association has told the Gazette.

Richard Monkhouse (pictured), who this month took over leadership of the country’s 23,500 justices of the peace, said he would like to see former offenders as magistrates, providing ‘their offending career wasn’t too great’. Stressing the view is personal, rather than association policy, he suggested: ‘They’d bring a bit of reality into the courtroom.’

Whether someone would be eligible, he said, would depend on the nature of their offending and how much time had passed since its commission.

At present, the lord chief justice will not appoint to the magistracy anyone convicted of a serious offence or a number of minor offences, or whose partner has been convicted if the recruiting committee ‘does not think the public would have confidence in them’. A serious offence is regarded as anything other than a motoring conviction for which the offender received penalty points or a fine.

However, Monkhouse said the level of past offending that should preclude a candidate from becoming a magistrate is ‘open to discussion’. While those convicted of the most serious and violent offences, domestic violence or drink driving, should be barred, others who have been convicted of crimes such as common assault or public order act offences ought to be eligible, he suggested.

‘If somebody was an offender 20 years ago and hasn’t offended for 20 years, why not, provided the line hasn’t been crossed?’ he said.

He was unsure how the proposal will go down with magistrates or with the public, but insisted ‘it’s a discussion we’ve got to have’.

Monkhouse also expressed concern about the impact of legal aid cuts and said magistrates need more training to deal with the increasing number of litigants in person coming to court since civil legal aid reforms took effect in April.

He warned that the reformed probation regime, under which 21 private sector community rehabilitation companies (CRC) will replace 35 probation trusts, might result in magistrates sending more people to prison.

He echoed his predecessor John Fassenfelt’s call for magistrates’ sentencing powers to be increased to 12 months and for the removal of jury trial for some less serious offences.

But he said the biggest issue faced by the magistracy is the falling workload and recruitment freeze, which will make it hard to bring young people to the bench and reduce its diversity.