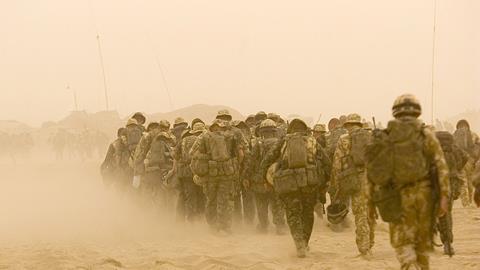 The solicitor who worked under disgraced human rights lawyer Phil Shiner has been reprimanded and handed a bill of £2,000 for costs.

In a judgment published today, the Solicitors Disciplinary Tribunal confirmed that John Dickinson, formerly employed by Shiner’s firm Public Interest Lawyers, failed to act in a way that upholds the public’s trust and failed to provide a proper standard of service to clients.

However, the judgment states that there was no evidence of dishonesty or a lack of integrity on the part of Dickinson and that the risk of future misconduct by him is ‘very low’.

Dickinson was alleged to have failed to keep clients properly informed as to the progress of the Al-Sweady inquiry into allegations of war crimes by British soldiers in Iraq and of the declining prospects of proving allegations of murder and executions at Camp Abu Naji. He also accepted that no written summary of military evidence was provided to witnesses.

The tribunal’s judgment added that Dickinson’s failure to summarise military evidence was not due to a deliberate attempt to protect Public Interest Lawyers or manipulate the situation in order to benefit the firm.

Earlier this month, the Gazette reported that Shiner had been struck off after five counts of dishonesty were proved against him. The costs bill was sent for detailed assessment and the SDT ordered Shiner to make an interim payment of £250,000. The SDT has yet to publish the Shiner judgment.

Dickinson was admitted to the roll in 1973 but has not held a practising certificate since 2015.

In its judgment, the SDT said the Solicitors Regulation Authority, which brought the case, accepts that ‘ultimate responsibility’ lay with Shiner. ’A reprimand would be proportionate to the degree of culpability demonstrated by the admitted misconduct,’ the SDT said. It added that, as the allegations were brought against Shiner, the costs afforded on to Dickinson should be limited.