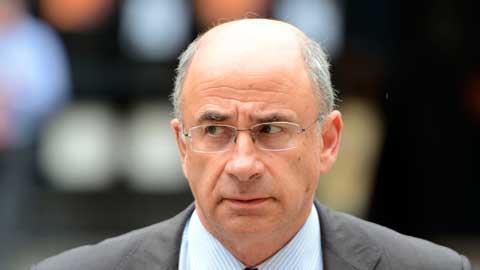 The prospect of applying a lower standard of proof when prosecuting solicitors has taken a step forward with implied backing from the senior judiciary.

Lord Justice Leveson (pictured), president of the Queen’s Bench Division, said this week the current criminal burden of proof at the SDT needs to be looked at again after hearing the case of an immigration adviser.

Huseyin Arslan, a non-solicitor, was originally banned from working for a regulated firm by an SRA adjudicator – a decision quashed by the Solicitors Disciplinary Tribunal. Leveson ruled that the adjudicator’s decision should be reinstated.

The High Court hearing partly hinged on whether Arslan, who was accused of creating attendance notes and altering original documents, should be prosecuted based on the criminal standard of proof.

Leveson’s judgment – and indeed the adjudicator’s original decision – was based on the civil standard.

Leveson said in court that the approach taken to proceedings at the SDT needed ‘re-evaluation’ to protect the public. He added that the legal profession needs to consider this issue but said it would be inappropriate to make a policy statement based on this one case.

Mr Justice Leggatt, sitting alongside Leveson, added: ‘The present situation in which the tribunal, when acting as a primary fact-finder, applies a different standard of proof from that which the SRA applies when carrying out that role is unsatisfactory and illogical.’

The judges’ intervention reopens the debate over lowering the standard of proof to a level required when prosecuting doctors, for example.

Earlier this year, the government-sponsored Insurance Fraud Taskforce called for a policy change and it is believed ministers are looking into whether such a move is required.

The taskforce suggested the current standard of proof was ‘disproportionate’, and said it was not acceptable that a professional who is a danger to the public should be able to continue practising.

SRA chief executive Paul Philip said: ‘This is an important judgment. It is clearly wrong that the SDT applies a different standard to the SRA.’

Arslan, who was not in court for the decision, has previously denied the charges, saying their seriousness requires a criminal standard of proof.