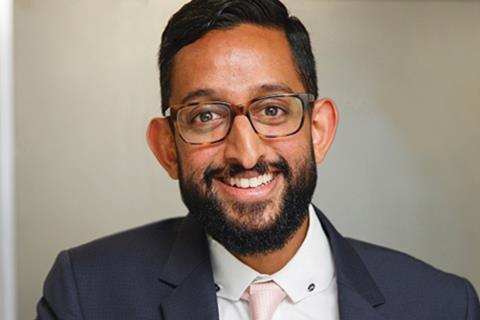 Why is he in the news? Represented Sam Knights, a Labour party member and co-founder of Extinction Rebellion, who was barred from the party conference by police. Naik and colleague William Kenyon also represented other Labour party members and journalists who had been refused accreditation.

Thoughts on the case: ‘In 2018 the police refused security accreditation to journalist Michael Segalov, barring him from the Labour party conference. We challenged the decision. We found an opaque and unfair vetting process, with prejudicial labelling of members of the press. After the victory, we expected the system to be overhauled. Regrettably, this year nothing had changed. The police did not provide reasons to our clients or give them a chance to explain their position. Officers took our clients’ initial shocked responses as their detailed representations. This forced our clients to instruct me and my colleague, William Kenyon, with Jude Bunting as counsel, to issue out-of-hours judicial reviews. By the time of the hearings the next morning, the police had settled the claims. By the end of the weekend, we had five cases successfully reviewed. Hopefully, the police will now improve the accreditation system to ensure fair and proportionate decisions.’

In a statement, Sussex Police said: ‘We will not discuss details of individual applications, but acknowledge that there were six challenges (out of more than 13,500 applications), which have now been resolved.’

Dealing with the media: ‘A core part of this case is the freedom of the press to attend and report on events. The police have the power to prevent accredited journalists from attending party conferences, which are increasingly vital events to our democratic process. At a time when our press has never been more vital, it is increasingly under threat. We try to work with the press and support journalists and organisations.’

Why become a lawyer? ‘The law has the power to recalibrate power imbalances and offer voices against authority, as the Supreme Court showed last week. It is a privilege to be part of this profession.’

Career high: ‘Acting against Cambridge Analytica stands out. Data rights are fundamental human rights. This case gave flesh to that view and brought together a team of journalists, academics and activists to hold the actors to account. Being part of that coalition was vital and is vital for all strategic litigation.’

Career low: ‘Having to advise clients that, despite the merits of their case, costs may prevent them from taking or defending an action. The costs of proceedings are now so high as to act as a barrier to access to justice and equality of arms.’