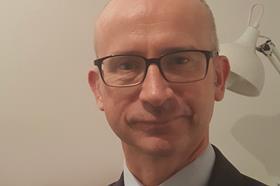 Every defence advocate will want to ensure that if their client is to receive full credit for a guilty plea, this is entered or indicated at the earliest opportunity. When cases are allocated from the magistrates’ to the Crown court, it is essential that any such indication is recorded on the Better Case Management form. Practice may vary as to whether the advocates or court complete the form, but the responsibility for its completion is that of the parties and their legal representatives, not the court’s. In R v Ahmed Yasin [2019] EWCA Crim 1729, the appellant argued that he should have received full credit for a guilty plea entered at the Crown court where no indication had been sought.

Stays of prosecution where potentially relevant evidence is unavailable remain an exception. In R v PR [2019] EWCA Crim 1223, the Court of Appeal made clear that the court could not speculate what evidence might have become unavailable, but should focus on any missing evidence that represents a significant and demonstrable chance of amounting to decisive or strongly supportive evidence emerging on a specific issue in the case. Otherwise, a careful judicial direction in many instances will operate to ensure the integrity of the proceedings and a fair trial. It is sometimes overlooked that a fair trial is not the same as a perfect trial, whatever that might be.

In R (DPP) v The Crown Court at Caernarfon and Davies [2019] EWHC 767 (Admin), the Divisional Court quashed the decision made. This followed a defence application to order disclosure of footage of the full deployment of a speed detection advice on the day the defendant had been recorded as speeding. The court held that there had been a lack of rigour in the application of the tests for disclosure in the Criminal Procedure and Investigations Act 1996, Crim PR Part 15 (to which the court below had not been referred), the Attorney General’s Guidelines on Disclosure, Crim PR 19 (as the case involved expert evidence), and the law as explained by Sir Brian Leveson in R v Manchester and Salford Magistrates’ Court [2017] EWHC 3719 (Admin).

Prosecutions by individuals, whether acting by themselves or through solicitors, appear to be on the increase, to the point where there is now a Private Prosecutors’ Association. Those advising clients who face such prosecutions may wish to be aware that a private prosecutor will be expected by the courts to act as a minister of justice just as much as a public prosecutor, in undertaking an independent and objective analysis of evidence before commencing proceedings to determine whether there is a realistic prospect of conviction. Although the failure to bring a matter to the attention of relevant authorities is no bar to the bringing of a private prosecution, such a failure may lead to the court drawing an inference that no such analysis has been undertaken, with possible costs consequences (R (Holloway) v Harrow Crown Court [2019] EWHC 1731 (Admin)).

Defence practitioners will often need to satisfy themselves that a prosecution for a summary only offence is not ‘time barred’ by reason of section 127 of the Magistrates’ Courts Act 1980. Where an alleged offence is said to be continuing, time runs from the last known date of the offence and not the first. The prosecutor was not obliged to bring proceedings when the first date of the alleged offence came to their knowledge, when that only provided him with information that enabled him to enter premises later and obtain further evidence that led to other offences being prosecuted (Luton Borough Council v Altavon Ltd and others [2019] EWHC 2415 QBD).

It is not unusual for the court to unwittingly make mistakes when sentencing. Both the Crown court and magistrates’ courts are able to rectify sentences in such circumstances, but any rectification should be announced in open court and reasons given, in accordance with section 174 of the  Criminal Justice Act 2003 (R v Blexmann [2019] EWCA Crim 698). Criminal Practice Direction 24.18 now provides a procedure whereby such matters can be dealt with in the magistrates’ court, involving the participation of the parties.

Using a mobile phone while driving

In DPP v Barreto [2019] EWHC 2044 (Admin), the Administrative Court held that for a motorist to be convicted of driving a motor vehicle while using a mobile phone, contrary to section 41D of the Road Traffic Act 1988 and Regulation 110 of the Road Vehicles (Construction and Use) Regulations 1986, the motorist must be using the phone, in their hand at some stage of the process, for interactive communication at the time of the driving, so that Mr Barreto’s conviction for using the phone to film while driving was quashed. Whether this was the result that parliament intended in making the use of a phone while driving unlawful is questionable, given that the aim of the offence was to prevent drivers becoming distracted at the wheel. However, it is likely that until the legislation is amended, the prosecution will seek to prosecute use of phones while driving for purposes other than interactive communication as offences of careless or even dangerous driving, which carry greater penalties upon conviction.

The Sentencing Council has issued new guidelines for offences of criminal damage and similar, including the racially and religiously aggravated form of the offences and a new general guideline with expanded explanations for offences that do not have a specific guideline. This replaces the Overarching Principles: Seriousness Guideline. Both took effect for all offences sentenced where the offender is 18 or over from 1 October 2019.