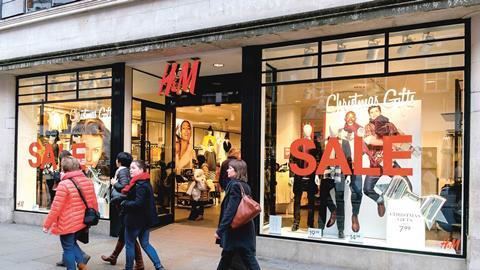 When parties to patent litigation enter into a settlement agreement, how far does that settlement stretch to bind them? In Stretchline v H&M [2015] EWCA Civ 516, the Court of Appeal recently provided some useful guidance on the scope of patent settlement agreements. This is likely to be helpful to defendants in particular and applicable across almost any intellectual property right.

Fabric manufacturer Stretchline is the holder of a patent relating to a form of ‘fabric tubing’ for use with underwires in bras and swimming costumes, the aim being to increase the fabric’s strength and reduce the risk of the underwire protruding through it. In 2009, Stretchline discovered what it believed to be a number of infringing products sold by international fashion retailer H&M.

In the meantime, the parties attended a mediation which appeared to be successful. It ultimately resulted in a deal and a formal settlement agreement was made in October 2011. The general basis of the ‘full and final settlement’ was that H&M would cease all sales of products falling within the scope of Stretchline’s patent, but carved out permission for it to sell products within particular specifications. H&M also agreed to pay a six-figure sum towards Stretchline’s costs. In return, Stretchline agreed to stay the court proceedings.

That should have been that. However, only a year later Stretchline became suspicious that H&M had not held up its end of the bargain and was still selling products within the scope of the patent (and outside the permitted caveat). In March 2012, Stretchline issued a fresh claim for breach of the settlement agreement and for infringement of the patent. It later dropped the latter part of the claim, recognising that it was effectively barred by the terms of the settlement agreement. However, a point of debate came up as to whether H&M was entitled to run the same sort of defence which it sought the first time around. In particular, could H&M argue for the invalidity of the patent? It was Stretchline’s application to strike out that part of H&M’s defence which led to the present judgment.

H&M argued that the settlement agreement made no mention at all of the validity of the patent, or of its ability (or inability) to challenge its validity. It also argued that, regardless of the settlement agreement, it should be entitled to challenge the validity in any event. It is perhaps easy to see why. Stretchline’s new claim was essentially a claim for breach of contract. However, the subject matter of that breach was that, contrary to the terms of the contract, H&M had sold products falling within the scope of its patent. Briefly, that is the same test as for infringement of the patent. So, you might expect H&M to say, if the parties are to argue about whether a product falls within the scope of a patent, it should also be entitled to argue about the validity and scope of the patent itself.

However, given the bald terms of the settlement agreement, it was an uphill struggle for H&M. The settlement agreement’s waiver and release clause referred to a defined term, ‘claims’, which referred to the two sets of proceedings in the UK and US, and ‘any other potential claims in relation to the subject matter’ of those proceedings. The release clause itself also expressly waived any other claim relating to the subject matter of the proceedings. By H&M’s defence and counterclaim, it was a matter of record that the subject matter of those claims included the validity of the patent. Even if it had not, then arguably it was another ‘potential claim’ relating to the subject matter of the patent. In the Court of Appeal’s view, the parties had very clearly compromised all issues of dispute currently between them or which could arise in the future, including the validity of the patent, and substituted those claims and potential claims with a new contractual framework.

It was that contractual framework which now governed Stretchline’s and H&M’s respective ability to sue one another in relation to the patent. The settlement agreement did not include any right for H&M to raise invalidity as a defence, and so it was not permitted at all.

In the face of what is essentially a claim for infringement of a patent by another name (that is, breach of contract), it is understandable that H&M may feel hard done by. On the other hand, to the hypothetical reasonable person interpreting the contract, as held by the Court of Appeal, the settlement agreement was clear that both parties had agreed to waive certain rights and they both entered into the contract in the full knowledge of what they were agreeing to.

In any event, the case warns parties and their legal advisers to consider all of the permutations which may arise when settling claims such as these and, so far as necessary, cater for them in the settlement. That is of course easier said than done, especially where delicate negotiations are at risk, and perhaps more so in the closing minutes of a mediation where much of the key ground is usually compromised. Perhaps the right to argue invalidity, whether expressly allowed or prohibited, is something which may now appear more prominently on the checklist for advisers of claimants and defendants alike.