The Domestic Abuse Act, which will be implemented later this year, brings in important changes, many of which have been received positively by the sector. These changes will lead to significant developments, enabling frontline professionals to raise awareness and secure protection for survivors of domestic abuse. 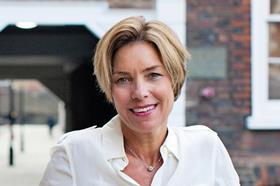 However, with two women dying weekly at the hands of a violent partner or ex-partner, and with the horrendous escalation of abuse under lockdown, there have been missed opportunities to ensure that the new protections are available for everybody; and that they are robust, workable and practical, providing a safety net without gaps.

Importantly, the act defines domestic abuse in legislation for the first time. It recognises emotional and economic abuse, coercive and controlling behaviour, and extends the offence of coercive control to cover post-separation abuse. This reflects the lived experience of many survivors who often fall through the net of protection as several statutory services and other agencies fail to recognise post-separation abuse.

This coincides with important case law recognising the importance of context and coercive control, which will hopefully encourage a move towards a full recognition of the different types of abuse and a move away from the current mistaken hierarchy. This has unfortunately been hardwired into our court process, where physical abuse appears to be more significant than other forms of abuse. It is hoped that the statutory definition will provide a platform for education and social awareness.

The act also creates the Domestic Abuse Commissioner (DAC) role – which will act as an independent voice for the first time. The DAC will gather information and data about the national picture and the provisions for survivors of abuse, and provide support to organisations that work in the sector.

We have already seen the role make an impact, on data gathering, and challenging provision gaps and anomalies in protection.

Children, meanwhile, are also recognised as victims if they see, hear or experience the effects of abuse. This statutory recognition of the impact on children is important as it must inevitably lead to specific funding for services to support children.

Tier 1 authorities – such as the Greater London Authority – are now duty bound to assess need and provide safe accommodation for survivors and their children. They must also give automatic priority for housing to people made homeless by domestic abuse and ensure survivors with lifetime or assured tenancies do not lose them if they need to move as a result of abuse.

How will solicitors be affected?

DAPOs and DAPNs will replace Domestic Violence Protection Orders and notices, and while Non-Molestation Orders will remain (and be funded through legal aid), DAPOs are intended to become the ‘go to’ order.

DAPOs impose similar restrictions on perpetrators as Non-Molestation Orders, but they also allow positive requirements to be included, such as attending a perpetrators programme. Electronic monitoring can also be used. These orders will be available in criminal, family and civil courts and can be applied for by victims, solicitors, third parties or made of the courts own motion.

Over the next two years, these orders will be piloted. Engagement with the profession will be critical. It is important to maximise the positives of these new protections, while ensuring they sit as part of the whole package of support on offer and integrate with other family proceedings to provide holistic protection and support.

A new offence is non-fatal strangulation. This was added following the trial and conviction of the murderer of British backpacker Grace Millane in New Zealand, which saw the perpetrator argue a ‘rough sex’ defence.

There is much-needed clarity that survivors of domestic abuse are eligible for special measures in criminal, civil and family courts, and that perpetrators are prohibited from cross-examining survivors in person in family and civil courts.

GPs and other health professionals are barred from charging a victim of domestic abuse for a letter in support of their legal aid application.

What is missing from the act?

Despite these positives, there are some significant deficiencies. The government rejected key amendments that would have put an end to the discrimination faced by migrant women when they try to access support and protection from abuse.

It is a great pity that this opportunity to ensure that nobody was left behind has not been embraced and, as such, a significant gap in protection has been created for one of the most vulnerable groups.

Also, there is no register for serial perpetrators of domestic abuse and stalking – something frontline agencies called for. This means that patterns of dangerous and violent offending behaviour may continue to be overlooked and opportunities to prevent homicides missed.

It is regrettable that the opportunity to provide more comprehensive protection to all victims of abuse has been missed, but it is important to reflect on the positives and ensure that proper funding is available so the act can better protect survivors of abuse.

Jenny Beck QC (Hon) is a member of the Law Society’s family law and access to justice committees, and a founding director of Beck Fitzgerald