A struck-off solicitor who turned to tax consultancy work has been sent to prison for fraud.

David Vaughan Jones, 76, was jailed for six years yesterday at Mold Crown Court, after conning victims out of almost £1.5m.

Jones was struck off by the Law Society in the early 1990s, which led to him working as a tax consultant despite not having qualifications in that field.

It was in this role he persuaded people to pay into offshore investments that he would recommend. Jones gained the trust of people in the community from being a prominent member of the Evangelical Church. 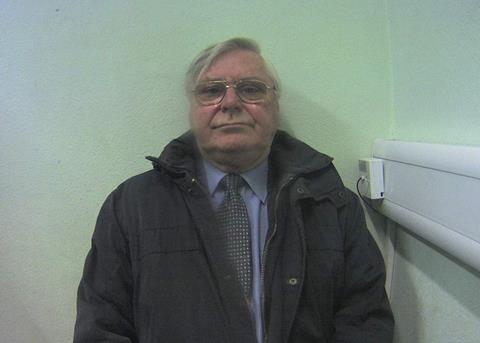 Jones would use the money invested by some people to pay other clients, keeping up the appearance that the scheme was legal and profitable.

In a statement, Nicola Rees of the Crown Prosecution Service said: ‘David Jones is an educated man who applied his intelligence to running a financial scam. He systematically deceived people into paying considerable sums of money to him.

‘He knew from the outset that they were not paying into legitimate investments and he lied to them, using his influence within the community and on occasion as a family friend to maintain the pretence.’

Jones, from Welshpool in Powys, admitted 24 charges in October last year after the scam was uncovered.

It has been reported that sentencing was delayed after Jones claimed the defrauded money was being kept in a Channel Islands account, and could be repaid.

But the court heard that, though victims had been asked for details of their bank accounts they have received nothing.