A male barrister who held a junior female colleague ‘by or around the neck’ and told her ‘I really wanted to smack your arse’ – before actually doing so – has been fined £6,000 by the regulatory tribunal.

Dominic Woolard, called to the bar in 2008, was found to have undermined his integrity and diminished public trust in the profession through his ‘unwanted conduct’. 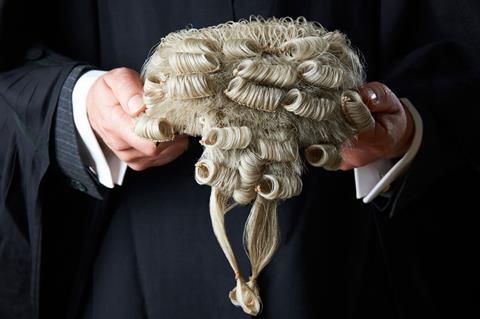 The barrister received a reprimand and a £6,000 fine

According to a finding published by the Bar Tribunals and Adjudication Service, on 21 December 2018 Woolard ‘held A, over whom he was in a position of professional seniority, by or around the neck, an intimate part of the body as between professional colleagues, while saying to her “I really wanted to smack your arse”, or words to that effect, and the touching was intentional, the touching was sexual, A did not consent to the touching, and Dominic Woolard did not reasonably believe that A consented to the touching’.

Woolard then slapped A ‘on the bottom with a slap which caused her physical pain’ and pulled her onto his lap.

The tribunal found that the barrister’s conduct had the purpose or effect of violating A’s dignity or creating an intimidating, hostile, degrading, humiliating of otherwise offensive environment for A.