A barrister who lied about his earnings to reduce the amount of tax he paid has been jailed for 21 months after HMRC investigators compared his VAT declarations with those of his chambers.

Christopher John Wilkins, 57, of Chichester, West Sussex, was sentenced at Taunton Crown Court after pleading guilty to stealing £98,732 by deliberately understating his income and inflating his expenses over five years. During this time, he earned £740,000. 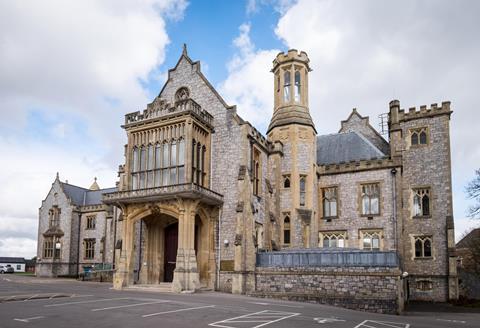 Wilkins, 57, of Chichester, was sentenced at Taunton Crown Court (pictured)

Zoe Ellerbeck, assistant director of fraud investigations at HMRC, said: 'As a trusted barrister, Christopher Wilkins should have known better than to try and cheat the system. Nobody is above the law and tax fraud is not a victimless crime. People who defraud HMRC are stealing from their community by taking money away from hospitals, schools and other vital public services.'

Wilkins was arrested in 2017 and said that he was 'behind on his VAT payments'. He was charged in 2020 for being knowingly concerned in the fraudulent evasion of VAT between March 2012 and June 2017.