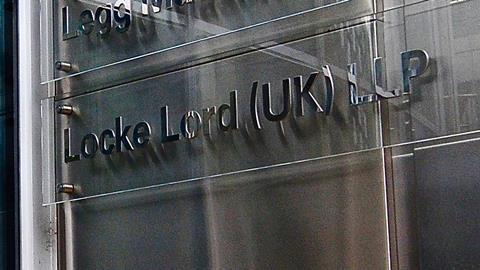 A dishonest solicitor whose involvement in dubious investment schemes landed his firm with a record fine has been struck off the roll. Jonathan Denton, a solicitor for 29 years, was found to have involved himself and his firm, US-based Locke Lord, in transactions that bore the hallmarks of dubious financial arrangements or investment schemes.

He misled third parties by producing false invoices from his own company to individual investors, failed to protect client money and assets, and directed payment into, and transfers or withdrawals from, Locke Lord’s client account.

The firm was last year fined £500,000 after admitting four charges relating to its failure to supervise Denton. The firm accepted that £21m passed through its client account over two and a half years relating to the schemes and it has admitted an allegation of a lack of integrity.

The Solicitors Disciplinary Tribunal found the solicitor was motivated by financial gain and his conduct was planned and a ‘flagrant breach’ of the trust placed in him clients and investors who relied on his status as solicitor. As well as being struck off he was also ordered to pay £70,000 costs.

Despite assuring his firm he would abort the transactions, Denton continued to allow and facilitate the misapplication of trust monies, and the arrangement continued even when law enforcement agencies, including the FBI, expressed concern.

The tribunal added: ‘His conduct demonstrated a complete departure from the standards of integrity, probity and trustworthiness expected of a solicitor.’

The investment provided security for a line of credit much larger than the security fund, but the tribunal heard the scheme bore the hallmark of ‘dubious’ transactions. It was also submitted by the SRA he falsely informed investors that their investments were progressing as planned, and used investors’ funds to pay unrelated third parties or repay other investors.

The tribunal said the nature of the scheme, promising zero risk to capital with large rates of return, looked ‘dubious from the outset’ and better due diligence should have been carried out.

The tribunal heard that Denton is to face two charges of fraud. Despite an application to adjourn, the possibility of prejudice was dismissed as ‘remote’ where a criminal hearing was a year away. In any case, the judge in any criminal trial could deal with the risk of adverse publicity and the tribunal said the public interest held that disciplinary proceedings were disposed of quickly. The hearing proceeded in Denton’s absence.