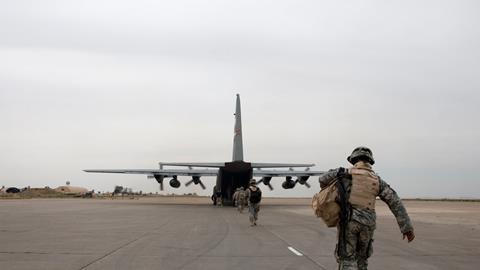 An army officer who led troops into battle in Iraq has described the pain of being pursued by allegations which were proved to be lies.

Colonel James Coote of the Princess of Wales’s Royal Regiment told the Solicitors Disciplinary Tribunal today that claims originating years after the Iraq war caused him and his troops stress and sleepless nights.

Coote was the first witness to appear at the seven-week trial of human rights firm Leigh Day and three of its solicitors, who are alleged to have breached rules of conduct in the way they brought claims. The allegations against soldiers, which included the torture and murder of Iraqi civilians, were dropped following the Al-Sweady inquiry reported in 2014 that they had been based on lies.

Coote, who served as a major in Iraq, said his soldiers found it ‘very difficult to understand’ why allegations against them resurfaced in 2008, after initial investigations four years earlier appeared to lay the matter to rest. The allegations returned following a press conference held jointly by Leigh Day senior partner Martyn Day and Public Interest Lawyers director Phil Shiner. A Panorama investigation into soldiers’ treatment of detainees cited claims made by the lawyers at the conference.

‘I found the process very stressful and difficult to understand,’ Coote said. ‘I felt dismayed and a sense of anger these allegations were brought in the way they were, which I felt was disproportionate.’

Coote explained he had undergone treatment for sleep disorders after his return from Iraq, and some of these symptoms returned after the claims came to light.

His concentration suffered and his temper was shortened, he said, with these elements ‘exacerbated’ by going through the legal process for so many years.

Patricia Robertson QC, representing Leigh Day, stressed that the firm had not requested Coote be present at the tribunal and was happy to accept his written evidence.

Addressing the colonel, she said: ‘We are very sorry you are here again, 13 years later going back over this territory and we do understand how stressful it is to revisit the events of this battle.’

She stressed that Coote himself had said part of his troops’ job was to uphold the rule of law and ensure justice was done. Robertson said that while Coote himself had a ‘strong belief’ the allegations were not worthy of investigation, at the same time the families of dead Iraqis held similarly strong beliefs in seeking answers as to what had happened.