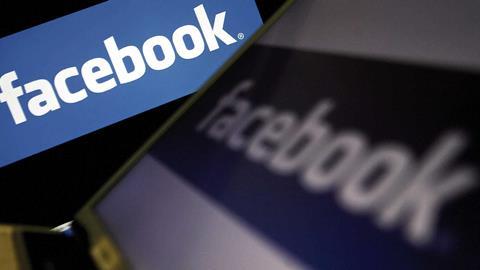 A criminal defence solicitor who ranted online about shooting ‘Zionists’ and blowing up the ‘chosen people’ has been fined £25,000 for his conduct.

Majid Mahmood posted abusive messages twice on social media site Facebook in 2015 and 2016, with the comments captured using a screen-grab.

Mahmood, a solicitor for 12 years, said that ‘somebody needs to shoot all the Israeli Zionists dead then send their bodies to America as a present for Obama and his Zionist pals’.

When told by a member of the public his comments would be shared with the SRA, he responded: ‘Yeah feel free to report me.’

On the second occasion, Mahmood had referred to ‘chosen people’ and said it was a shame a plane carrying Israelis ‘didn’t blow up mid air’. This was posted on a Facebook page entitled ‘Israel is a War Criminal’s post’.

In a further response, he told a Facebook user ‘don’t threaten me go and fuck yourself’. The comments appeared with his name in a hyperlink enabling the reader to navigate to a page showing his name, job title as ‘senior solicitor’ and displaying the name of his firm at the time, Luton-based City Law Chambers.

Mahmood, 40, denied being anti-Semitic and said he was entitled to freedom of speech. The matter was reported by the SRA to the police but no action had been taken. He had admitted as far back as April 2016 he had been ‘offensive’ and his comments were ’wholly inappropriate’. He maintained he had barrister friends who are Jewish.

He stressed the posts were taken down quickly after they were made and he deleted his entire Facebook account before the SRA investigation started. He was not acting as a solicitor at the time of the posts being made but in his private capacity. Mahmood said the SRA’s initial reaction was to deal with the matter informally until it was ‘leaned on’ by the Campaign Against Anti-Semitism group.

The Solicitors Disciplinary Tribunal said the SRA had not proven the allegation of anti-Semitisim in relation to his first post, but it was proven in relation to the second. He had demonstrated a lack of integrity in relation to both.

Mahmood had shown a ‘worrying lack of self-discipline and common sense’, and inflamed and promoted a backlash of comment, the SDT said.

The tribunal judgment added: ‘The intemperate language used, the hatred manifested, including against anti-Zionists as well as Jewish people, and wishing them dead by graphic means were terrible ideas for a solicitor to be promoting.’

Mahmood, who now works for Hertfordshire firm Liberty Law Solicitors, was fined £25,000 and handed a one-year suspension from practice, suspended for 12 months. He will also pay around £9,500 in costs.

Following publication of the judgment, Gideon Falter, Chairman of Campaign Against Antisemitism, who was a witness at the hearing, said: 'Whilst we do not agree with the decision to allow Mr Mahmood, who has repeatedly made vile statements calling for death and destruction, to remain in practice as an officer of the court, we nonetheless welcome this decision.

’We commend the Solicitors Regulation Authority for doing the right thing in bringing this action, and we applaud the tribunal for sending this strong message that antisemitism within the legal profession will be severely punished.’