A solicitor who replicated his boss’s signature on a reaccreditation application form has avoided a strike off after the tribunal decided it was a 'one-off event'.

Peter Maxfield Martin had admitted submitting the application for mental health re-accreditation to the Law Society with a declaration he completed and signed off in the name of a director with his firm.

He claimed to have received consent to act as he did, having been told by the director to ‘just get it done’. The Solicitors Disciplinary Tribunal found that although he had implied authority to fill in the declaration, he knew that authority for this could not be delegated and the public would consider his conduct dishonest. 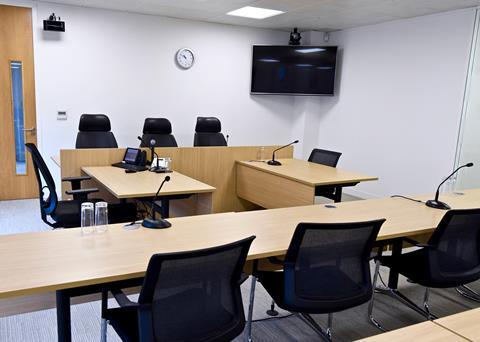 The tribunal found misconduct was a 'one-off'

Despite that finding, the tribunal found exceptional circumstances in his case and concluded that a strike-off would be disproportionate.

‘The dishonest conduct had not been driven by personal gain other than the accreditation which he was seeking to achieve for himself and the firm,’ said the tribunal.

‘In the context of an unblemished career, [Martin] was under particular pressures as the time which would have had an impact on his judgment… The act of completing the declaration would have taken a matter of moments and there had not been a continuation of the dishonesty.’

The tribunal heard that Martin, a solicitor since 1989, had been with south Wales firm Gomer Williams & Co Limited for almost 14 years when it was time to submit his application for reaccreditation to the Mental Health Panel of Solicitors. The application form had to be signed by a partner or senior manager.

Martin’s form included the signature of director Gareth Jones, who had not seen the application nor signed it. The matter was reported to the SRA after an issue was raised over Martin’s CPD record, although he was later re-accredited on appeal. Martin was dismissed in September 2018, and subsequently emailed his firm asking them to withdraw misconduct allegations.

Martin accepted this request was wrong, and the tribunal - recognising he was in a difficult situation and making an emotional response – said the request to withdraw the allegation was ‘entirely inappropriate’.

In his mitigation, Martin had simply wanted to continue working in mental health and he now understood his actions were unacceptable. He submitted this was an ‘aberration’ in the context of 30 years’ unblemished service, and he had been under considerable pressure of work at the time.