The Department for Communities and Local Government, on a mission to fix what it considers a ‘broken housing market’, will decide whether buyers and sellers can retain the same conveyancing solicitor. 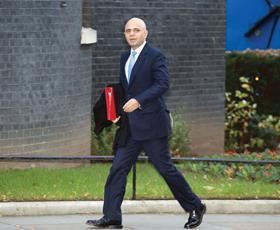 Despite concerns about conflicts of interest, communities secretary Sajid Javid may be swayed to allow dual representation. According to research published alongside the department’s call for evidence, nearly half of people who bought a home in the past two years blamed the seller’s solicitor for delays; 58% of sellers blamed the buyer’s solicitor.

We know that the Solicitors Qualifying Examination (SQE) will be in two parts and require a two-year period of work-based training. We do not know how much it will cost and whether it will be any cheaper than the current system. According to the Solicitors Regulation Authority, the next step is the appointment of an assessment provider to develop, test and then deliver the assessment.

Fees back from the dead?

The Supreme Court humiliated the government last July when it ruled that employment tribunal fees were unlawful. But as the Ministry of Justice gets on with refunding those who paid, could fees be reintroduced? Ministers are ambivalent on the subject.

Mining company Eurasian Natural Resources Corporation’s (ENRC) dispute with the Serious Fraud Office will head to the Court of Appeal this year – a case that could have ramifications for what constitutes professional privilege. The SFO claimed that documents prepared for ENRC’s internal investigation into bribery claims – which it denies – should not be protected by privilege. Last year’s High Court ruling backed the SFO. The Law Society, which described the ruling as ‘alarming’, has asked for permission to intervene.

More barristers may be forced to turn in their wigs after falling foul of disciplinary tribunals. The bar’s regulator, the Bar Standards Board, agreed at the end of last year to lower the standard of proof, downgrading it from the criminal standard. Under the new standard, cases will be determined on the balance of probabilities rather than proven beyond reasonable doubt. The Solicitors Disciplinary Tribunal, which will consult on a similar move, will be watching with interest.

The government should publish its long-awaited review of the impact of the Legal Aid, Sentencing and Punishment of Offenders Act 2012 in the summer. Recent comments by MoJ ministers suggest legal aid will not be fully restored in areas such as social welfare, despite extensive reports by the Law Society, Bach Commission and Amnesty International highlighting the act’s devastating impact over the past five years. 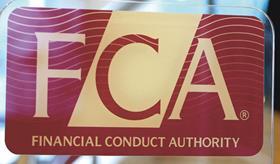 A decade on from the collapse of Lehman Brothers and the crash, the Financial Conduct Authority will decide whether to include the head of the legal function in its senior managers and certification regime, introduced for top executives following the 2008 debacle. The City watchdog laid out the pros and cons, including legal professional privilege concerns, in a discussion paper in September 2016.

Personal injury lawyers and insurers alike will be keen to know exactly what plans the government has for the discount rate. Despite ministers being keen to announce a new way of calculating the rate, a decision is unlikely until the end of 2018. That date may even be put back following the justice committee’s call for the Ministry of Justice to collect more evidence.

The scope of a solicitor’s liability will be subject of a nervously awaited appeal ruling in Dreamvar (UK) Ltd v Mishcon De Reya. Reports on the case went viral after the Gazette exclusively revealed that Mishcon was liable for the financial consequences of a property fraud committed on its client – though it was accepted that Mishcon had acted reasonably and not negligently.

The Solicitors Regulation Authority should reveal early this year exactly how it expects to increase transparency in the regulated market. The regulator has ambitions to force firms to show their fees online and also wants to publish complaints data, with the changes coming into force next winter at the earliest. Expect news too on new logos to set solicitors apart from non-regulated operators in the legal services market.

At the legal end of the City, more announcements are likely about cutting secretarial staff and moving support operations to cheaper locations. This will be partly enabled by deployment of artificial intelligence technology to take over the ‘grunt work’.

The justice committee’s involvement may hold up reforms of the personal injury market. Mooted by George Osborne in November 2015, legislation was created – then abandoned – by the MoJ in the first half of 2017. The Civil Liability Bill should emerge at some point this year, but only after a mini-inquiry from MPs which may set the process back further.

In December (provisional date) HM Courts & Tribunals Service will publish an evaluation of its pilot of flexible operating hours, along with any recommendations. Among other innovations, the pilots will test double-shift sittings at the Crown court, mixed sessions of Crown and magistrates’ sittings, additional three-hour sessions at the magistrates’ court, and running additional sittings in the civil courts.

Whatever happens to the Bitcoin bubble – which must surely burst – the technology to watch in 2018 will be blockchain encryption. Expect more announcements about the adoption of smart contracts and blockchain-secured conveyancing.

A government decision is expected on whether to implement section 40 of the Crime and Courts Act, which could make publishers pay both sides’ costs in libel and privacy cases if they are not signed up to a Royal Charter-backed press regulator. Section 40 passed into law in 2013 but has yet to be enacted.

There is little doubt about what will dominate the news agenda. Fears are rife that the profession could be lumbered with a Brexit free trade deal that mimics Canada’s pact with the EU. That could require British lawyers seeking to practise in the EU to live there and seek admission to local bars. Expect lobbying to intensify.

EU competitors are sure to redouble their efforts to chip away at London’s pre-eminence in international dispute resolution. The Netherlands is the latest country to reveal plans for an anglophone English law commercial court. Expect also an announcement from Paris. If legal work is a cake, ‘the Brits have it and they want it’, the English bar’s Brexit lead lamented recently. 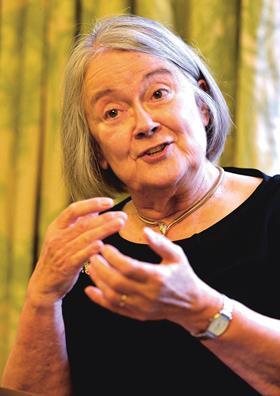 Lords Mance, Hughes and Sumption are due to retire in 2018, and Supreme Court president Lady Hale has been clear on the desirability of better gender balance (Lady Black is currently the only other woman). Given the prominence of theseappointments, expect some arm-twisting to produce two, or even three, successful applications from women.

To have a woman succeed Sumption on the bench would be a sweet moment for equality campaigners: he caused a furore in an interview by suggesting that parity would take 50 years to achieve.