Ex-City partner struck off for misleading court and opposing solicitors

A high-flying partner who allowed the court to impose a freezing order based on wrong information – then denied to opposing solicitors that there was a problem – has been struck off the roll.

Peter Gray, formerly a partner with international firm Gibson Dunn & Crutcher LLP, was found by the Solicitors Disciplinary Tribunal to have deliberately deployed a misleading strategy in the High Court to obtain a global freezing injunction.

Gray, a solicitor since 2002, had acted on behalf of the Republic of Djibouti in litigation against Abdourahman Boreh. He swore three affidavits to support the application for an injunction before it was heard by (then) Mr Justice Flaux in 2013. The injunction was obtained, but the tribunal heard that transcripts used to convict Boreh on previous terrorism charges were known to be misdated and unreliable.

The tribunal found that Gray had been made aware of the dating error on the transcripts before the September hearing. He had told a meeting with the client that they were going to ‘fudge’ the dating issue, having the day before told counsel that ‘we can get away with the date error’. 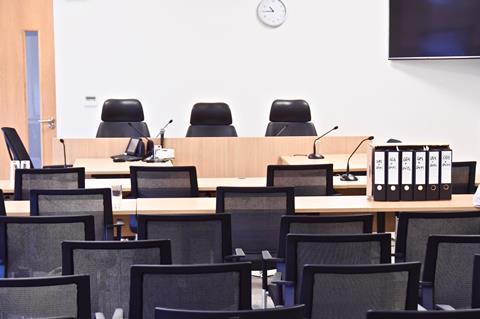 It was against this backdrop that a third affidavit was drafted and sworn by Gray: this was a document relied upon by the firm in support of the application. It was accepted that the drafting had been a ‘team effort’ but this did not vitiate Gray’s ultimate responsibility. Neither did his long working hours and the extensive travel he was undertaking at the time.

The tribunal ruled that Gray had misled the court in labouring the severity of Boreh's conviction but failing to mention that the conviction was based on erroneously dated transcripts and an erroneous confession.

Gray submitted that he had been ‘utterly exhausted’ at the time of the High Court hearing and denied realising during proceedings that the court was being misled. He accepted the freezing order application was made on an erroneous basis because of the misdated transcripts but said he was not aware of this at the time.

The tribunal concluded that Gray had been notified of the dating error on the transcripts and had discussed the significance of it with colleagues. It was ‘inconceivable’ that he would not have the error fresh in his mind during the hearing. While other members of his team were present in court, this did not detract from the fact he was the partner in charge of case strategy.

In a 2015 ruling to set aside the freezing order, Flaux J found that Gray misled the court through his response to solicitors from the opposing side, who had drawn attention to the misdating issue. Lawyers from Byrne & Partners had written a detailed letter to Gray about their discovery that transcripts were misdated, and the tribunal found Gray's initial reaction was ‘one of disdain’. He emailed counsel to say the discovery was ‘bollocks’ and a ‘storm in a teacup’ and claimed in cross-examination that the whole thing had slipped his memory. Flaux J ruled this explanation was ‘difficult to accept’.

Gray was also ordered to pay £42,525 costs following the SDT hearing. It is understood that Gray is considering making an appeal.