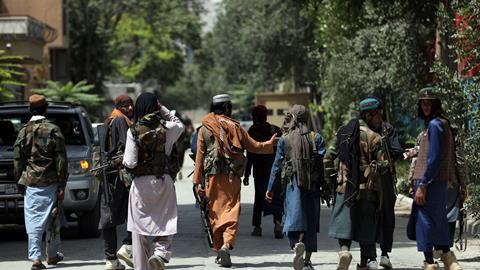 In a statement today, the two bodies cited reports of the Taliban carrying out amputations, executions and the hunting down of citizens who worked in some capacity for a less restrictive Afghanistan where the rule of law and universal human rights were promoted. They called for 'swifter and better coordinated action by states in opening up more routes to safe havens and expediting visas for the transfer and resettlement of Afghans, including members of the judiciary, legal professionals, human rights defenders, non-governmental organisation workers, journalists and media workers'.

The IBA and IBAHRI said they are particularly concerned about individuals working for the justice system who may now face risk of persecution. 'Following the killing of two female judges earlier this year, the IBA and IBAHRI express serious concern for the fate of the 250 women judges in the country. Judges who have tried and sentenced members of the Taliban are reported to be at particular risk, because to the Taliban it is generally unacceptable for women to sit in judgment over men. Prosecutors and their families have also been reported as targets of Taliban reprisals.’

IBA executive director, Dr Mark Ellis, said: 'The Taliban has uttered assurances to the world including that “women’s rights will be respected”. However, the language is vague and it is likely that different provinces will institute their own interpretations of this and other guarantees.'

IBAHRI director Baroness Kennedy (Helena Kennedy QC) commented: 'Today, there are vibrant networks of radio, television and online media which track the 34 provinces. In a country that previously barred women from education there are now more than a thousand women journalists. Local media is the second most trusted public institution – behind religious leaders. Protecting the autonomy of women and a thriving media landscape is vital. Already many media outlets have closed. The remaining media spaces must be protected for the betterment of Afghanistan’s society.'

Law Society president I. Stephanie Boyce said: 'Legal professionals in Afghanistan have made invaluable contributions by promoting the rule of law and safeguarding fundamental freedoms. They deserve our utmost respect and support.

'The UK government’s new Afghan Citizens’ Resettlement Scheme is welcomed, but we are concerned that the target to offer sanctuary in the UK to Afghans in the first year of the scheme will be insufficient to protect all those in imminent danger. We call on the government to ensure the scheme moves at a faster pace.'