A solicitor who plundered the accounts of elderly clients for his own gain has been banned from practising. 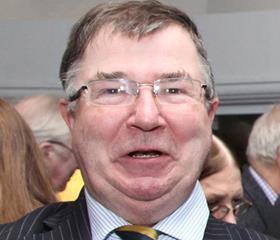 Giles Sandford Scott made improper transfers and payments coming to £468,712 from four clients over almost five years before he was reported to the SRA by his firm.

Scott was a partner and subsequently member of York firm Langleys Solicitors LLP, who joined after his firm, Munby & Scott, had merged.

Langleys reported Scott to the SRA in August 2014 in relation to four clients for whom he had held a power of attorney.

He was convicted last April at Teesside Crown Court after admitting fraud, theft and transferring criminal property. He was later sentenced to four years’ imprisonment.

A Solicitors Disciplinary Tribunal heard the sentencing judge said Scott had accessed the accounts of four elderly and vulnerable clients and ‘plundered those accounts in order to fund your own financial difficulties’.

The SDT said Scott, who admitted breaching SRA principles, had taken advantage of his clients not being aware of his actions and abused his position over a long period of time.

The tribunal recounted a letter received from Scott in which he said he had ‘betrayed the keystone of solicitor/client relationship, created a breach of trust of huge magnitude, destroyed the confidence which clients have in their trusted solicitor to act in their best interests with their well-being paramount’.

He said his actions had a ‘catastrophic mental and physical impact’ on the victims and their families which left him in the ‘greatest shame and abject sorrow’.

The tribunal said there was no choice but to strike him off the roll. It imposed a costs order of £23,484.