A tribunal has suspended a solicitor caught parking with a disabled blue badge just weeks after she had qualified.

Nina Koushi was caught by an Ealing Council fraud investigator parking her car in a disabled space in November 2019 using a badge she was not entitled to. She then told the investigator the badge belonged to her father before admitting that was not true.

Following an agreed outcome with the SRA, the Solicitors Disciplinary Tribunal opted to suspend Koushi for six months, accepting that while she had been dishonest, the case did not warrant striking her from the roll.

The tribunal heard that Koushi, who was admitted as a solicitor in September 2019, was employed as an associate solicitor with south east firm McMillan Williams, who later merged with Taylor Rose TTKW Limited. 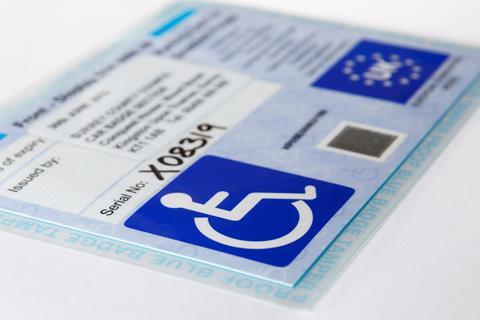 Her white Mercedes was spotted in Ealing in a disabled parking bay displaying the blue badge. The badge had been issued to a man in his 60s but had been cancelled after it was reported lost.

When Koushi returned to the vehicle and was met by the investigator, she initially said it was her dad’s, then said it was her friend’s dad’s. She confirmed she had put the badge on display for one day only and that she at all other times paid the £4 daily charge for parking on that street.

She was fined £1,125 at Ealing Magistrates’ Court after admitting using a blue disabled person’s badge with intent to deceive.

In mitigation, not agreed by the SRA, Koushi explained she had been needing to find a space to get into the office quickly and had started to panic. Without thinking of the consequences, she had used the badge left in her car by someone else, and was now deeply ashamed and embarrassed by her actions. The tribunal also was shown a medical report that related to her condition at the time of the incident.

Koushi had remained as an employee with her firm and statements provided by some of her colleagues asserted this matter was completely out of character for her.