Human rights lawyer Martyn Day harmed the reputation of every other lawyer when he used a press conference to make 'sensationalist’ comments about the British Army, a court has heard.

Beginning its appeal against a decision to clear Day of misconduct by the Solicitors Disciplinary Tribunal last year, the Solicitors Regulation Authority said the Leigh Day senior partner put his independence at risk when he made the assertions in 2008.

The High Court heard Day, sitting then alongside Public Interest Lawyers’ Phil Shiner, stated that British soldiers had tortured and killed innocent civilians following capture during the Iraq War in 2003. These allegations were later revealed to be based on false testimony from witnesses. The court heard the pair had used the press conference to make a case for a public inquiry into the actions of the military, but in doing so the SRA insisted the allegations had gone too far and amounted to misconduct. 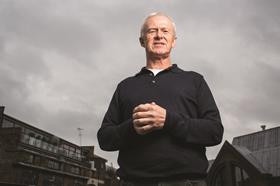 Timothy Dutton QC, for the SRA, said: ‘A lawyer who crosses the line and uses language and imagery which endorses allegations of the utmost seriousness, which turn out to be dishonest, puts the public’s trust in the legal profession in jeopardy.’

Dutton said Day lent his experience and expertise to the claims and had appeared ‘partisan’ when making the allegations, disregarding his function in the administration of justice.

In doing so, he undermined trust in lawyers in particular who represent those seen as unsavoury or disadvantaged in the eyes of the public.

Dutton added: ‘Lawyers’ freedom to say what they like comes subject to adherence to the [SRA] code of conduct.’

Day, along with the firm’s partner Sapna Malik, associate Anna Crowther and the firm itself, were cleared of 20 allegations of misconduct by the tribunal following a seven-week hearing last summer.

The SRA today revealed it is appealing in respect of nine allegations – including seven of those where one member of the three-person tribunal panel had dissented in the final judgment.

As well as misconduct during the press conference, the appealed allegations relate to the possession of a note detailing detainees and their links with the militia arm. Crowther specifically was charged with misconduct after she destroyed a translation of the note.

The SRA also appeals with regard to financial dealings between Leigh Day and third parties involved in collecting evidence. One individual was paid £1.6m in referral fees, the court heard.