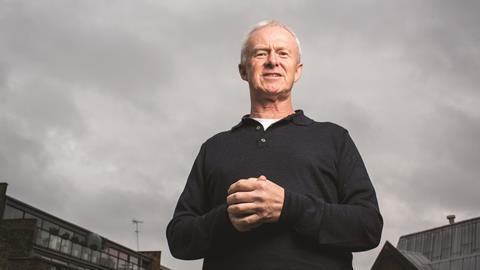 Martyn Day – check you are covered against SRA

Human rights lawyer Martyn Day has urged firms to check their insurance policies to ensure they are covered for investigations brought by an increasingly powerful regulator.

The senior partner of Leigh Day and his colleagues Anna Crowther and Sapna Malik – as well as the firm itself – were cleared of 19 charges brought by the SRA at the Solicitors Disciplinary Tribunal earlier this month. The allegations related to the handling of claims against the Ministry of Defence on behalf of Iraqi civilians – claims which proved to be unfounded.

Day told the Gazette that the firm had discovered that its indemnity policy did not cover regulatory action – and that it would have been ‘knackered’ by the prosecution without directors and officers insurance taken out several years ago following an employment tribunal case. He strongly recommended that all firms check their cover.

‘The big message I would pass out to the profession is check your insurance. If you are not insured for cover in relation to the regulator then for god’s sake go out and get it tomorrow,’ said Day. ‘If [the SRA] come in it is serious stuff. You really need to be in a position where you can properly defend yourself and get in decent lawyers.’

Day said he was ‘shocked’ at the case as presented by the SRA, which included charges in relation to endorsing their clients’ case, late disclosure of a document and destroying a document that would have been important to the public inquiry into the Iraq claims.

‘I recognise there were a number of areas where we could have done better. Undoubtedly, the failure to spot the significance of the OMS list [of detainees] was one of those areas,’ he said.

‘The whole debate is about when does a mistake become misconduct. That is absolutely fundamental to us as professionals. I would have thought it would send a shudder down all solicitors’ spines, the idea that the regulator says that a mistake above de minimis is potentially misconduct.’

He added: ‘If those charges had been proven then I would have thought every solicitor in the country would have feared the knock of the SRA on their door because it would have meant that they could really have chosen any firm at will to go into, knowing they would have made mistakes.’

Day said the firm will take steps to scrutinise cases more closely in future and has also improved staff training and guidelines for how to handle documents.

He reiterated his thanks for goodwill messages from lawyers across the world, including one chance encounter on a walk near his London home.

‘It has been lovely – people I have never met, never heard of. I live near Greenwich Park and was walking the other day and this chap jumped out and said “you don’t know me, I’m a solicitor, I just want to say how delighted I am you were found not proven because it would have been a disaster if they had gone the other way”. It was rather sweet.’

Day said he returned to work straight away following the decision, and this week he was due to fly to Sierra Leone for a meeting with clients ahead of a January trial.

‘I have loved my work for nearly 40 years that I have been a lawyer and there has been no greater pleasure than getting back into the saddle and working on my cases,’ he said.