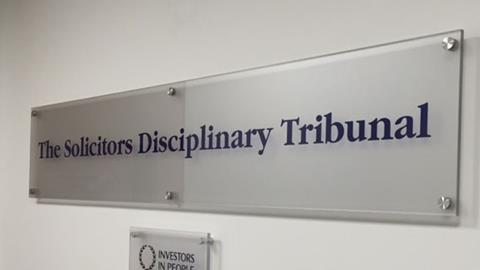 An experienced solicitor who used old signatures on a revised particulars of claim has been fined £7,000.

The Solicitors Disciplinary Tribunal heard that Roger Paul Jackson, formerly of north-west firm BPS Law LLP, issued proceedings following an RTA with a document that he had manually altered.

The tribunal heard Jackson had originally been claiming on behalf of three clients and sent defendant firm Weightmans a statement of truth signed by each in June 2013.

The draft included a particulars of claim prepared in September 2012.

But following the withdrawal of one claimant, Jackson issued new proceedings in October 2013 using what appeared to be the same document as previously prepared when the case involved three claimants.

Jackson, who was admitted to the roll in 1983, had removed reference to ‘first claimant’ with Tipp-Ex and hand written on the statement of truth to refer to the revised first and second claimant.

Weightmans applied to the court to have the claim struck out on the basis that new particulars of claim were not signed by the claimants.

In court, Jackson told a district judge it was ‘quite common’ for signatures to be taken at an early stage and used at a later stage.

He claimed he had secured the claimants’ consent to amend the particulars of claim, but the case was struck out and Weightmans reported Jackson to the Solicitors Regulation Authority.

Representing himself at the tribunal in September, Jackson said he was entitled to amend a statement of case at any time through Part 17 of Civil Procedure Rules.

He regarded it as ‘perfectly proper practice’ and did not accept a charge of providing a poor service to clients as the court had struck out the matter on a ‘technicality’.

But the tribunal found he had attempted to mislead the court and defendant into believing the contents of a particulars of claim had been verified by the claimants when that was not the case.

The tribunal also agreed he had failed to act in the best interests of his clients.

The tribunal agreed with the district judge who had found Jackson’s explanations had ‘lacked credibility and were disingenuous’.

‘The impact of the reputation of the profession was serious as the integrity of documents is of fundamental importance to the trust the public places in the profession,’ added the tribunal ruling.

‘This was a deliberate and calculated act and he knew or he ought to have known this was in material breach of his obligations.’

After finding allegations proven, the tribunal heard Jackson, who left BPS in July 2014, had previously been suspended from practice for six months for accounts rules breaches and failing to wind up his firm adequately.