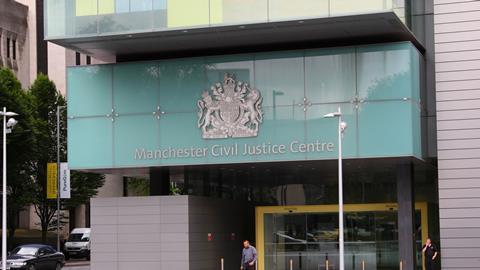 A registered foreign lawyer has been sentenced to 13 months in prison for a ‘serious’ breach of a High Court order requiring him to give client files to the Solicitors Regulation Authority.

Jakub Wojciech Pawlak, 39, was found in contempt of court in November for failing to deliver up the files in an attempt to ‘frustrate the attempts made by the [SRA] to intervene in [Pawlak’s] practice’.

Pawlak, a Polish citizen who was the sole proprietor of the law firm JP Legal Law in Stockport, Greater Manchester, was no longer able to occupy a regulated position or operate a law firm in England and Wales after the end of the Brexit transitional period and became a registered foreign lawyer.

He claimed he ceased carrying out any legal activities and closed his practice last January, but the SRA alleged that he continued to provide legal services through the firm.

The SRA intervened into his practice in March on the basis that there was ‘reason to suspect dishonesty’ by Pawlak and that he failed to comply with the SRA accounts rules.

Judge Peter Cawson QC, sitting as a High Court judge, said Pawlak ‘has shown a marked lack of cooperation … in particular through deliberately stifling and frustrating attempts made by the [SRA] to intervene in his practice by failing to deliver up client files and other records’.

This was ‘aggravated further by him inventing a false story as to the alleged theft of files, computers and other equipment from a van’, the judge added, a claim he previously said ‘raises as many questions as it answers’.

Pawlak – who did not attend the sentencing hearing and was said to have been in Poland at the time – was sentenced to 13 months last month and a transcript of the judge’s ruling was published this week.

Cawson said Pawlak’s breach of the order was ‘deliberate and calculated’ and that he had shown ‘a brazen disregard for the important regulatory functions discharged’ by the SRA.

Pawlak ‘has shown no remorse, has offered no apology to the court and has not attempted even belatedly to perform that which was required’, the judge added.