An experienced immigration solicitor has been fined after admitting to not noticing that his client’s application had been struck out. However the Solicitors Disciplinary Tribunal cleared Tapfumanei Nyawanza, admitted in 2009, of manifest incompetence.

The tribunal heard that Nyawanza continued to work on the case for more than two years and reassured his client that everything was in hand despite the court having thrown it out.

The solicitor admitted allowing the claim to be struck out due to his inaction, misreading the court order striking out the application and misleading his client that the action was still continuing. 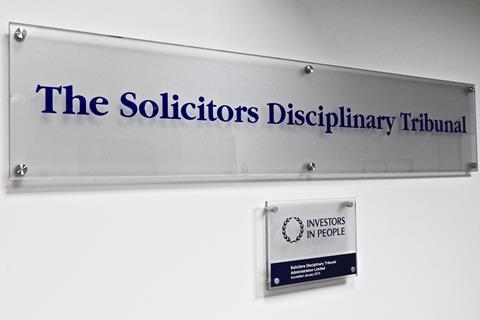 But Nyawanza denied the SRA’s allegation that his conduct had been manifestly incompetent, saying that his failure to take the right action was the result of inadvertent negligence.

The tribunal found that while his failings were serious, they did not mean Nyawanza was not competent to be a solicitor or should be struck off the roll.

Nyawanza was a director of Birmingham firm Genesis Law Associates Limited until the end of 2019. He had taken on an immigration appeal in 2014 from a client who lost her student visa following a Home Office allegation that she had cheated on her English language test. The solicitors made representations to the Home Office and lodged an appeal with the First Tier Tribunal. When those routes were rejected Nyawanza lodged a judicial review in March 2015.

The tribunal heard that Nyawanza allowed the case to be struck out by not complying with tribunal directions, but he subsequently advised his client there was nothing to be concerned about.

The tribunal ruled that Nyawanza’s incompetence was ‘repeated and continued over a period of time’, and his misconduct left the client’s immigration status unsettled for year. The solicitor was fined £12,500 and ordered to pay £3,000 costs.