Solicitor jailed by US over Russia interview is struck off

A London-based solicitor who was jailed in the US over an interview about Russia’s role in the presidential election has been struck off.

Alex Rolf van der Zwaan, who was admitted to the roll in 2009, ‘knowingly and intentionally provided false information to the United States Special Counsel’s Office,’ according to a judgment from the Solicitors Disciplinary Tribunal.

Van der Zwaan was an associate at Skadden Arps Slate Meagher & Flom (Skadden) when his firm was commissioned by the Ministry of Justice in Ukraine to write a report on the trial of Ukraine’s former prime minister, Yulia Tymoshenko.

Van der Zwaan worked on the report with a partner at the firm and completed the project in 2012. After a regime change in Ukraine, however, the respondent was warned that the country had started a criminal investigation into Skadden and that individual lawyers could be targeted. 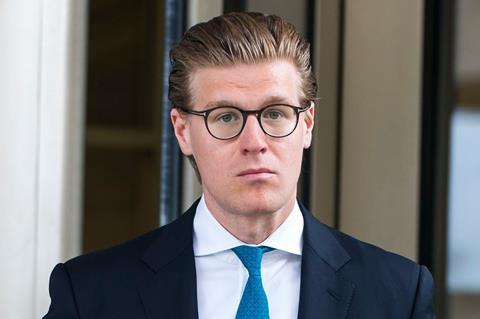 According to the statement of agreed facts, admissions and outcome between the respondent and the SRA, Van der Zwaan recorded various telephone calls after hearing this news, including one call with the partner he had worked with on the report.

In 2017 the US government started an investigation into the activities of Russia in connection the 2016 presidential election. Van der Zwaan was interviewed in connection with this and he was represented by a lawyer from his own firm.

The respondent failed to produce all the documents he was asked for, however, such as emails he had sent. He also did not mention the telephone calls he had recorded.

According to the judgment, this is because the correspondence revealed that Van der Zwaan was considering leaving the firm to work for one of the men who had warned him about the Ukrainian criminal investigation. As he was represented by a lawyer from his firm, he was worried that producing the documents could ‘affect his employment with Skadden’.

Shortly after the interview, which allegedly lasted for over eight hours in the presence of FBI officers armed with guns, Van der Zwaan told his firm about the information he had withheld. He also surrendered his phone and laptop.

He was subsequently prosecuted by the US for the incorrect answers he had given in the interview. He pleaded guilty and was imprisoned for 30 days and fined $20,000.

The judgment from the Solicitors Disciplinary Tribunal stated: ‘The respondent had admitted knowingly and intentionally providing false information to the United States Special Counsel’s Office. Such conduct, as the respondent admitted, was in clear breach of the principles and was also dishonest.’

Van der Zwaan was struck off the roll and ordered to pay costs of £3,095.