Solicitor struck off for lying during job interview

A solicitor who lied to an agency and a prospective employer about her previous job has been struck off the roll.

Julie Holdaway, admitted in 1993, said she had been ‘too embarrassed’ to explain she was dismissed in 2018 for non-attendance by her previous firm, East Anglia practice Fairhurst Menuhin.

When she sought work through an agency and applied for a role as a residential conveyancer at Essex firm Kew Law, she said she was still employed and needed to serve a month’s notice, the Solicitors Disciplinary Tribunal heard. She was initially offered a job, but when she asked for more money than the £34,000 she claimed to be earning, the firm made further checks, revealing her dismissal. 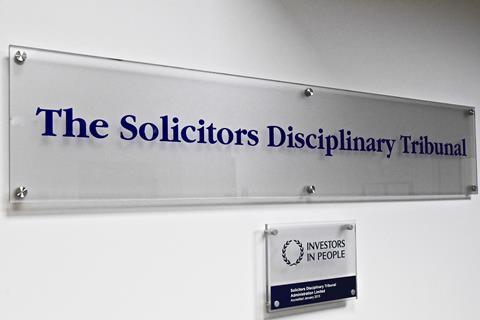 Holdaway, who had a previously unblemished record, did not appear before the tribunal and was not represented. She had told the SRA that the only inaccuracy in her CV and in her information provided was in the length of time she had previously been employed. She stated she was ‘too ashamed’ to admit she had been out of work for some time.

The tribunal found Holdaway had acted dishonestly with her prospective employer and the agency. She had said she wanted to leave her firm because there was not enough work for her to do, which was not accurate. This was also an indication of a failure to act with integrity.

The tribunal found that the damage caused to the reputation of the profession was 'significant as the public would trust a solicitor not to mislead anyone when applying for a job'. Holdaway had not merely embellished her CV but had put forward material inaccuracies. She was struck off and ordered to pay £2,000 costs.