A solicitor whose firm owed at least £146,000 in outstanding fees to counsel is challenging the ruling to strike him off the roll.

The Solicitors Disciplinary Tribunal ordered in November that Richard Charles Prescott, who ran a sole practice in Kidderminster, should be banned from the profession.

But a notice since attached to the SDT judgment confirms that the order, which was also for £32,000 in costs, is subject to appeal to the High Court by Prescott. The order remains in force pending the High Court’s decision to hear the appeal.

Prescott accepted to the tribunal that he breached accounts rules by failing to pay professional disbursements to counsel and experts, but denied this was intentional, blaming the ‘chaotic nature’ of the firm’s accounts department. The practice was shut down by the Solicitors Regulation Authority in July 2017.

But the tribunal found that Prescott had acted dishonestly not only by not paying disbursements but also by misleading the court when he denied liability for unpaid fees. A further finding of dishonesty was made in relation to his arranging for the transfer of £14,656 from the estate of his deceased mother without informing his sisters (and fellow beneficiaries). 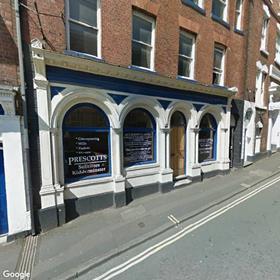 On considering sanction, the tribunal said Prescott’s misconduct was aggravated by proven dishonesty which was ‘deliberate, repeated and had continued over a period of time’. Motivated to keep his firm in business, and having failed to make arrangements for the long-term absence of the firm’s cashier, Prescott was found to have transferred monies which he knew were to pay disbursements from the client to the office account, then failed to pay those disbursements which were instead used to benefit the firm.

The tribunal said his conduct caused harmed to the reputation of the profession and he had been successfully sued by counsel and other professional suppliers for outstanding fees. His sisters had applied to the compensation fund for the return of monies improperly used by him.

Prescott, admitted in 2004, accepted a number of mistakes relating to the handling of finances at his firm which led to accounts rule breaches.

He told the tribunal he had been unaware of issues with the books whereby investigators found a £150,000 shortage on the client account. Prescott had vowed to rectify these shortages and had started to make progress in this endeavour. In relation to the outstanding fees, he explained the firm had always made payments at the end of the case but this system broke down without the firm’s cashier. He submitted that some members of the Bar would be ‘amazed’ this his conduct could be considered dishonest.

When defending claims by counsel who were owed fees, he argued his decision to deny liability could not amount to misleading the court, and he had merely provided a pleaded case where he either challenged the entity named in the action, or the time by which payment was due.

With regard to his mother’s estate, Prescott maintained he had permission from one sister for the firm to use the money on the basis that it was returned. He had been unable to challenge his sisters’ evidence as they had not provided statements in their own account and did not appear as witnesses at the tribunal.

In mitigation, Prescott said he had been re-admitted to practice, subject to conditions, following intervention into the firm. In the subsequent 14 months there had been no issues in his relation to his conduct.