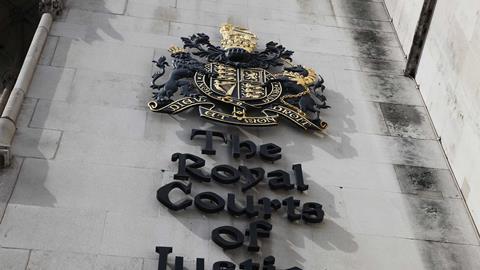 The High Court has agreed that a former junior lawyer who claimed to be scared to come clean to her bosses about her misconduct should be struck off, after the SRA successfully argued had been treated too leniently at tribunal.

Judges in Solicitors Regulation Authority v James & Ors today ruled that the Solicitors Disciplinary Tribunal was wrong to opt against a strike-off and instead to impose a suspended suspension. The judgment comes less than two weeks after the two-day appeal hearing.

In his judgment, Lord Justice Flaux concluded: 'It may be that pressure of work or an aggressive, uncaring workplace could excuse carelessness by a solicitor or a lapse of concentration or making a mistake, but dishonesty of any kind is a completely different and more serious matter.'

All three respondents will be struck off immediately and obliged to pay the SRA’s appeal costs.

The rolled-up judgment casts new light on how tribunals and regulators are expected to treat individuals who have acted dishonestly, even if they have experienced stress, work pressure or mental health problems in the build-up to their misconduct.

In his ruling, Lord Justice Flaux said he was 'firmly of the view' that the tribunal erred in principle and was wrong, in the sense that it made decisions which were outside the bounds of what it could properly and reasonably decide. In each case the sanction was 'unduly lenient and clearly inappropriate'.

The judge added: 'I do not consider that, in cases of repeated dishonesty and misconduct of this kind, the lesser sanction of suspension (let alone suspended suspension) addresses the risk of harm to the public or the need to maintain the reputation of the profession.'

An SRA spokesperson said today: ‘We welcome the clarity that the High Court judgment brings.’ The regulator sought to argue that dishonesty should be a ‘red line’ issue which almost inevitably should lead to a solicitor being struck off. the regulator's lawyers argued that while mental health problems and workload were explanations for mistakes and negligence, they could not be an excuse for dishonesty.

But representatives for the solicitors submitted that the legal profession should take a more nuanced approach to sanctions, taking into account the factors which pre-dated any misconduct and assessing what risk, if any, they still posed to the public.

In the James case, the court had been scathing about the environment in which the solicitor worked, with Lord Justice Flaux describing the way James was treated as ‘frankly abominable’. The court had heard her firm, which publicly compared the performance of all junior lawyers through league tables, told her she should work through evenings, weekends and bank holidays to cover any shortfall in her billed hours.

Lord Justice Flaux said that mental health issues, specifically stress and depression suffered as a result of work conditions, could not amount on their own to 'exceptional circumstances' required to avoid a strike-off.

'Whilst in no sense belittling the stress and depression from which the respondents suffered, it was in no sense exceptional. It is sadly only too common for professionals to suffer such conditions because of pressure of work or the workplace or other, personal, circumstances.'

Speaking today on the decision, James's solicitor Paul Bennett, from north west firm Aaron & Partners, said: 'The outcome is devastating on a personal level for my client who had tried to rebuild her career away from the eye catching headline aspects of this case. My client must now look to carve out a career in another field. Miss James had apologised for and accepted her grave error in uniquely challenging circumstances. The High Court decision represents the end of a legal career which many observers will view as unnecessarily harsh and unforgiving given the mental health context.

'The SRA position on the limits of exceptional circumstances was entirely based on policy and their in house legal team displayed fairness and compassion throughout what was a challenging case for all parties.'

The court’s decision comes weeks after the SRA lost its appeal against the tribunal’s findings in the Leigh Day case. The regulator asked the court to look again at the ‘not proven’ verdicts involving the human rights firm and three solicitors, but the court said dissatisfaction with the decision could not of itself be grounds for a successful appeal.