The former owner of a West London law firm has been jailed for three years and four months for stealing £380,000 from HM Revenue & Customs. Manpreet Singh (formerly Munpreet Singh Virdee), of Orchard Avenue, Hounslow, was the owner and director of Reemans Solicitors Ltd and collected stamp duty land tax from conveyancing clients.

An HMRC investigation revealed that the 50-year-old repeatedly falsified documents and submitted incorrect information to HMRC to reduce the amount of duty due, pocketing the difference, Isleworth Crown Court heard. 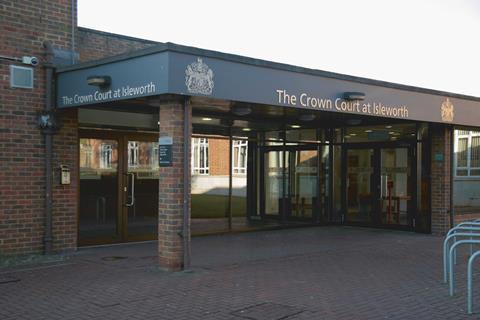 In total, Singh filed 52 fraudulent SDLT returns to HMRC between 2010 and 2015. He continued to submit false documentation to try and cover up his wrongdoing when HMRC started looking into his tax affairs.

Singh admitted cheating the public revenue and was yesterday sentenced to three years and four months in prison. To date, he has repaid around £253,000 of the stolen SDLT and proceedings are ongoing to recover the remaining amount.

Singh was struck off the roll by the Solicitors Disciplinary Tribunal last year. He was also disqualified from being a company director for six years.

In a statement, Linda Hamilton of HMRC’s Fraud Investigation Service said: ’This was a deliberate and sustained attack on the tax system. Singh worked in a position of trust and thought it was acceptable to con his clients and steal taxpayers’ money.’