No reference to the perils of cash

Today it is probably a disciplinary offence not to take references from a prospective employee. Back in the 1960s it could merely be expensive. In criminal cases, cash sloshed around, and quite often it stuck to someone’s fingers rather than going through the books. 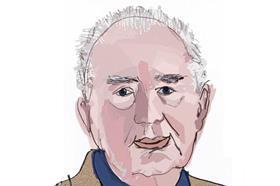 This is what happened with an assistant solicitor of mine, the very talented Brian Eldin (I’ve called him that after a lord chancellor). I’d seen him around the courts when working for an Essex firm. Work was expanding; he would bring in more and so I employed him – no references sought – on the basis he wanted to work in London. And there is no doubt he was both a good advocate and what the Americans call a rainmaker.

Work poured in – some from a chambers he had used. Things went well until one day I had a call from that chambers’ clerk. What had happened to the fees in Smith? I asked Brian. He hadn’t got the money yet from the client. A week passed. Another call. Yes, he had the money but it was in another suit pocket. He’d account tomorrow. Another call. He’d paid the clerk in cash. Warning signs. Yet another call. ‘I have paid,’ said Eldin. ‘The clerk says you haven’t. Let’s go round and sort it out.’ Eldin left that morning and joined a much more fashionable firm. No references sought.

A little later he was put up for membership of the London Criminal Courts Solicitors’ Association, of which I was a committee member. I rang the proposer and said that if he didn’t withdraw Eldin’s name I would explain why I was blackballing him. Eldin did not last with his new firm. ‘He cost me thousands,’ the proposer told me years later.

Months passed. Eldin had set up his own practice and did well. He acted on the appeal of minor members of the Kray gang. Ray Jones, London’s best or second (or third) best cat-burglar – he claimed he was the man who had stolen Sophia Loren’s jewels – thought he was brilliant.

Again, it did not last. He embezzled money, went to prison, was struck off and eventually – always a heavy smoker and, I believe, now an alcoholic – set fire to himself in a Bayswater hotel in 1977.