There is much to be said for having a system of agreed outcomes in professional disciplinary proceedings. The regulator and the respondent can agree what allegations are admitted, and can also agree what should be the appropriate sanction for the admitted misconduct. The respondent is thus spared the stress and the considerable expense of a full disciplinary hearing. Where (as in the case of solicitors) there is an independent tribunal tasked by parliament to perform disciplinary functions, any agreement between the regulator and the respondent in cases which have been referred to the tribunal is subject to the approval of the Solicitors Disciplinary Tribunal. This provides protection against agreed sanctions which are felt by the SDT to be too harsh or too lenient. The SDT has been astute to step in when it considers the agreed outcome is inappropriate. 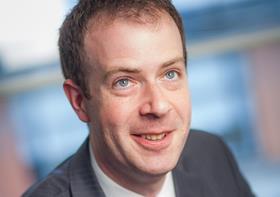 The system appears to work satisfactorily in single-respondent cases. However, we do not believe that it is an appropriate system in multi-respondent cases in which one or more respondents admits the allegations while others do not. We can provide two stark examples of this from our recent practice. Your readers may be as surprised as were we at the events which unfolded.

SRA v Downes and others (case number 11642-2017) was a five-handed prosecution. The first two respondents (Mr Downes and Mr Broome) owned and ran a firm (Frisbys) in which the third to fifth respondents were employed. The disciplinary proceedings arose out of the practice of withholding cheques payable to barristers instructed by the firm. The firm’s accounts made it appear that the cheques had been paid, whereas the reality was that they were held in a drawer until the firm’s cashflow position enabled them to be sent to the payee.

On any view, Downes and Broome were the most culpably involved of the respondents. It was their firm and they were the sole equity partners. Our client, Mr B, the third respondent, was far more junior and consistently asserted that he did not become aware of the ‘cheques in the drawer’ practice until late-July 2012 when he took over management of the firm from Downes and Broome. The Solicitors Regulation Authority asserted that he knew before this. The fourth and fifth respondents were non-solicitors who were also alleged to have known about the practice.

On the Tuesday before the hearing, which was due to start the following Monday, some odd events started to occur. That evening, out of the blue, the SRA’s solicitors served a witness statement from the first respondent, Downes. The sole purpose of this witness statement was not to advance Downes’ case but to attack and seek to undermine Mr B. On the Wednesday at 3.10pm, Mr B’s solicitor received an application by the SRA to rely upon Downes’ statement. No hint was given that a secret hearing had already been held earlier that day, by which time the tribunal had approved an agreed outcome for Downes and Broome. Yet that is what had happened: Downes, Broome and the SRA had negotiated an agreed outcome for those two solicitors; and the tribunal had accepted the agreed outcome without anybody informing the other respondents about what was happening.

The result was that the tribunal agreed the compromise of the proceedings as against the two most culpable respondents on paper, without their evidence ever being tested on oath, and then proceeded to hear the case against the three remaining respondents over five days, at the end of which Mr B was acquitted of all charges (as was the fourth respondent). Yet Mr B had had to face the stress and irrecoverable expense of a long disciplinary hearing, knowing that the two men principally responsible for any misconduct had escaped such a hearing, had escaped the tribunal hearing anything in evidence that the remaining three respondents might have to say about their version of events, and had escaped having to incur anything (or very much) in legal expenses. Although ultimately exonerated by the tribunal, the third and fourth respondents were left with an understandable sense of injustice at the manner in which the disciplinary proceedings had been dealt with.

In SRA v Barber and Bagas (case number 11631-2017) even more extraordinary events were to take place before and during this case, heard by the tribunal a few weeks ago.

A sole practitioner and his solicitor employee faced a number of allegations of misconduct. The firm had employed two paralegals who had apparently defrauded defendant insurers in personal injury cases by serving forged medical reports. There was no suggestion in the disciplinary proceedings that either Mr Barber or Mr Bagas had been implicated in the fraud. The allegations against them were that they had effectively allowed the fraud to take place through a lack of supervision, and that they had failed to make a proper investigation into the fraud. Additionally, as against Barber alone, there were allegations of breaches of the SRA Accounts Rules 2011 and other matters concerning communications to clients after the fraud had been discovered. But the most serious allegations were the lack of supervision and the failure to investigate. 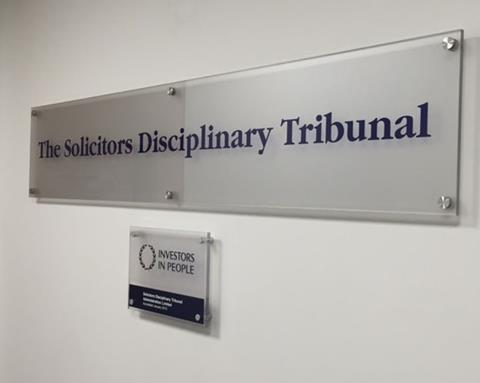 The case against Bagas appeared weak on its face. He faced four of a total of 13 allegations. He was not a partner in the firm, and so it was hard to see why he should be criticised for a lack of supervision, or for any failure to investigate.

Although the two respondents remained on good terms, the possibility of a conflict of interest between them could not be excluded, and Bagas took independent legal advice from a firm of solicitors. That firm advised him that the case against him was strong and that he was likely to be struck off and face significant costs consequences. The firm entered into negotiations with the SRA and the parties agreed an outcome by which Bagas would submit to a one-year suspension from practice, and thereafter to conditions upon his practising certificate which would have the effect of him not being able to run his own firm for a further 12 months. The matter was presented to the SDT for approval, but, fortunately for Bagas, the tribunal refused to give its approval. The reasons, somewhat ironically, were that the tribunal was not satisfied that the proposed sanction was a sufficiently severe one and that a cut-throat defence could be anticipated. The SDT was wrong on both counts. There was no dispute on the facts between the two respondents, and in our view it is highly unlikely that Bagas would have been suspended at all, let alone for a year, had any of the allegations been proved against him.

After the tribunal refused to accept the agreed outcome, Bagas parted company with his solicitors and instructed a different firm.

The case therefore proceeded to a full hearing. Both Barber and Bagas gave evidence. Bagas was a particularly impressive witness and gave important corroboration to Barber’s evidence on certain points. The most serious contested allegations against both respondents were dismissed. Barber was fined £8,000 for the proved and admitted misdemeanours. Bagas was acquitted of all charges.

Even though the ultimate results were fair and correct, it is sensible to try to capture what went wrong in each case.

We believe that there is a simple solution to the problems thrown up by these two cases. In multi-respondent prosecutions the SDT should adopt more or less the same procedures as the criminal courts. The facts should be determined by one tribunal, and one tribunal only. If one or more respondents wish to make admissions which are satisfactory to the SRA, that should be explained to the tribunal at the outset of the hearing, and those respondents can be dealt with at the end of the case, after the tribunal has found the facts for itself having heard and made its own assessment of the evidence. This will ensure fairness to all respondents while at the same time providing the tribunal with the tools to determine the appropriate sanction for each respondent.

Gregory Treverton-Jones QC is a barrister at 39 Essex Chambers, London. Jonathan Greensmith is a consultant solicitor at Keystone Law, London.