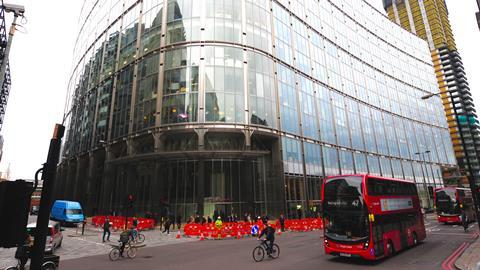 The Solicitors Disciplinary Tribunal today confirmed its largest-ever fine levied against a law firm in England and Wales.

The tribunal ordered that US firm Locke Lord, which has an office in London, must pay £500,000 after admitting four allegations of misconduct.

The fine relates to a failure to supervise a solicitor from involving himself and using the client account in transactions that bore the hallmarks of dubious financial arrangements or investment schemes.

Locke Lord admitted failing to have effective systems and controls in place to spot potential conflicts of interest, and failing to prevent a solicitor from directing or requesting payments in and out of the client account which were not related to an underlying legal service. 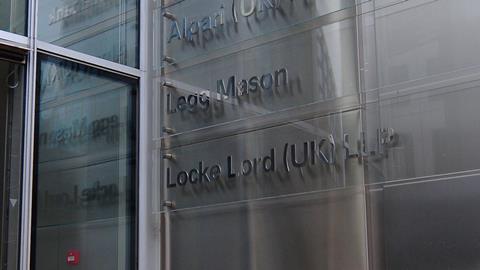 The fine is double the previous record, when international firm White & Case was hit with a £250,000 penalty in July over issues of conflict of interest and client confidentiality.

It is also understood to be the first time a firm has admitted an allegation of acting with a lack of integrity.

The Solicitors Regulation Authority stressed that Locke Lord, which agreed the fine with the regulator before it went to the tribunal, has been ‘constructive and sensible’ during the investigation, with the level of cooperation preventing the punishment being ‘significantly more’.

A non-practising solicitor who left the firm in October 2015 is separately charged with seven allegations which will be subject to a hearing before the Solicitors Disciplinary Tribunal. These allegations are as yet unproven.

In a statement, Locke Lord said the matters investigated by the SRA concern the actions of that solicitor and relate only to clients for whom he worked. None of the firm's other clients were affected by these actions.

'We regret what has happened, but we are pleased to note that the SRA accepted our position that the firm and its senior officers did not act dishonestly or with conscious impropriety, or turn a blind eye to [the solicitor's] conduct.

'After their departure and in consideration of matters that came to light, steps were taken to review existing practices and procedure. A number of changes and improvements were made.

'We remain committed to ensuring that we are at the forefront of best practice, that we uphold the legal profession's high standards, and that this situation does not arise again.'

The tribunal has yet to publish its judgment, but the SRA says this case will send a message to firms to check their monitoring procedures.

Executive director David Middleton added: ‘The tribunal is waking up to the importance of deterrence. We were very clear about entity regulation and that firms are accountable.’

Since October 2016, in addition to Locke Lord the SRA has taken action against 10 other firms or solicitors in cases where people have lost £50m in total.

Between September 2016 and June 2017, the regulator received 12 reports about potential investment scams, with cases including losses from a Brazilian ecohouse scheme and investment opportunities in diamond and fine art trading.