It emerged this month that Shiner’s former firm Public Interest Lawyers (PIL) is also still owed £700,000 by the Legal Aid Agency for work carried out before its liquidation in 2018. Shiner, the sole director, was struck off in 2017 after a tribunal found he had acted dishonestly in the aftermath of failed claims against the Ministry of Defence on behalf of Iraqi civilians. A progress report by the liquidator confirms an investigation into the handling of PIL’s affairs remains open. 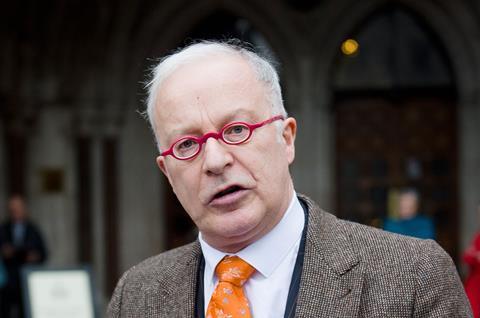 Liquidator PCR (London) LLP was appointed in October 2018 following a winding-up order against the law firm in 2017.

PIL had £160,000 left in one company account and further funds are potentially recoverable from government departments and other third parties for costs orders made in favour of the firm.

Based on information from the company’s former costs draftsman, the total net value of the costs is estimated to exceed £700,000, although this amount is uncertain and subject to ongoing discussions with the Legal Aid Agency.

Even if the full amount is recovered, it will fall a long way short of the sum need to recompense 70 non-preferential unsecured creditors owed a total of almost £6.3m. The liquidator’s report confirms a number of these claims were from counsel chambers representing barristers who worked on cases led by PIL. A full report of these creditors claims has been put together and a dividend will be paid – although the quantum and timing of the payment is still to be resolved.

The liquidator has also undertaken an initial investigation into the company’s affairs to establish whether there were any potential asset recoveries or conduct matters that justified further investigation. This has involved reviewing the company’s accounts and going through bank statements for the six years before PIL ceased to trade.

The liquidator’s remuneration has been capped following a voting process at £127,000. During the period from October 2018 to October 2019, time incurred came to almost £77,000, representing 266 hours’ work at an average charge-out rate of £288 per hour across all grades of staff.

It is expected the liquidation will remain open until investigations have been concluded and all potential assets have been realised for the benefit of the estate – this is likely to take two years.