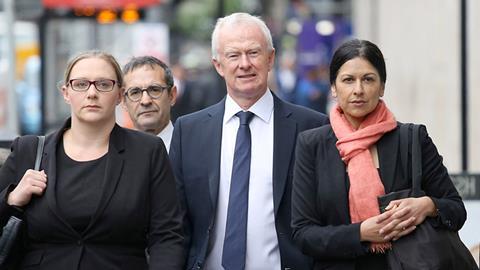 A senior solicitor overseeing claims against the Ministry of Defence said today that she used the word 'bribe' in an email to her boss without intending it to be taken literally.

On day 16 of what is expected to be a seven-week hearing, the Solicitors Disciplinary Tribunal was told about the contents of an email Leigh Day solicitor Sapna Malik sent to senior partner Martyn Day, which included the words 'including bribes to get people here' in relation to 'work leave payments' for Iraqi claimants.

Prosecuting counsel Andrew Tabachnik QC told Malik that, in her written statement, she said she had been 'angry at the end of a long week'.

Malik replied that she had been feeling ‘pretty frustrated’. However, she told the tribunal that ‘one can use, frustrated, phrases without attaching legal meaning to a word’.

Tabachnik asked: 'Can I suggest you would simply not have used the word "bribe" in this email unless you thought at the very least it was possible that's what these payments were?'

Malik said she did not consider the implication of using the word. She added: 'I did not attach a legal meaning to it. I was frustrated, frustrated at the expenses that were being incurred. If I really did think it was a bribe or an inappropriate payment I would have followed it up with him. I would have slept on it, come back to it. I was just frustrated at the level of expenses that were being incurred.'

Day responded to 'most parts' of Malik's email 'except for the work-leave payments', Tabachnik noted. 'Your use of the word "bribe" simply does not merit a mention in any shape or form. And you do not raise the issue with him again either by phone or email or when you're back in the same office.'

However, Malik insisted that if she had believed the payments were inappropriate, 'I would have raised it with him, I would have followed it up'.

She did not accept Tabachnik's suggestion that she did not press Day on the matter 'because the message was absolutely clear to you, the fact he had ducked this issue in his email because he did not want to know anything about this'.

Day and Malik, Leigh Day and solicitor Anna Crowther, deny a total of 47 allegations of misconduct over their role in bringing claims that British troops ‘mutilated, tortured and killed’ Iraqi civilians in 2004. The subsequent Al-Sweady public inquiry found those claims to be fabricated.