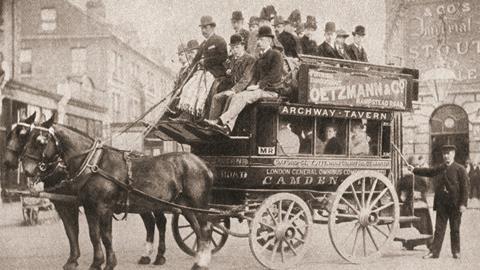 BOOK REVIEW: A battery of scams

A Most Deliberate Swindle

It is our distressing duty to bring you news of another solicitor gone bad. City practitioner Edward Beall defrauded investors who believed they were buying stakes in a hot new technology. It was the culmination of a career in which Beall was struck off for lending his credibility to schemes to pump and dump equity in shady companies and to defame legitimate businesses, whose shares he would short.

At one stage Beall even set up a bank to milk gullible investors and, when questions started to be asked, packed shareholders meetings with men hired from a homeless hostel. ‘Beall’s bank busted’ was the Financial Times’s headline when it all came crashing down.

Four years in Parkhurst. Anyone tut-tutting about declining standards will be relieved to know that the scandal is more than a century old. But, according to technology writer Mick Hamer, City-dwellers are still breathing the consequences. Beall and another lawyer, the even more colourful Dr Edward Lehwess, were prime figures in the London Electrobus scandal. The idea was to solicit investments in a wonder technology, the battery-powered vehicle, which seemed to offer a sweeter-smelling and reliable replacement for the horse buses clogging Edwardian London’s streets.

The Electrobus prospectus was backed with an irrelevant patent and a genuine technological innovation, a slick process for replacing discharged batteries at its Westminster depot. However, despite the promise to build 300 of the vehicles, only a handful were built. A High Court action in 1909 revealed that the money raised had vanished into a shady web of companies; in the witness box Dr Lehwess was unable to recall his role. ‘I believe that I am chairman or managing director or something of that sort,’ he told the judge in what must be one of the flimsiest lines ever heard in the Royal Courts of Justice.

Hamer tells a splendid story splendidly, but there’s more to it than an anecdote of what has been described as the City of London’s golden age. The taint of fraud, Hamer argues, was why electric vehicles lost out to the internal combustion engine, with horrific consequences for humanity.

As Hamer concludes, the revival of viable battery technology for road vehicles places us today at a similar tipping point. Perhaps a century after the Electrobus scandal, we have learned to be sceptical about technological hype. Perhaps we have even got better at spotting rogues like Edward Beall.