Transparency and the conflicted

Lawyers are no strangers to conflicts of interest and the Court of Appeal’s latest foray into the field provides interesting comparative reading on this issue. Burns v Financial Conduct Authority concerns the financial sector, but it provides interesting lessons for legal professionals. 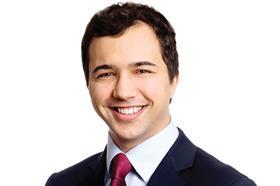 Ms Burns was a non-executive director (NED) of two British mutual societies. While in these roles she sought a further NED position with an asset management company, at a time when that company was applying to be a fund manager for both mutual societies. In addition, Burns failed to inform the regulator of the two mutual societies of a relevant previous employment at a company called Pearl. This failure to disclose appears to have been motivated by the fact that Burns had sued Pearl in the employment tribunal and did not want this to tarnish her reputation. It should also be noted (as it was by the court) that Burns had a quarter of a century of experience in her field.

On becoming aware of Burns’ actions, the Financial Conduct Authority fined her and barred her from working in the sector. Burns appealed to the Upper Tribunal, which rejected some of the FCA’s allegations, including that she had demanded a corrupt payment. In fact, the tribunal found that the inclusion of this allegation was inappropriate given the evidence, and awarded Burns £100,000 plus VAT in costs. Various other allegations of misconduct were, however, upheld.

Burns went to the Court of Appeal on two grounds. First, that there was no conflict of interest; and second, that the failure to disclose the Pearl allegation had only been made a substantive allegation during the FCA’s closing submissions in the tribunal.

Burns was under duties both to avoid a situation in which she faced a conflict of interest (section 175 of the Companies Act 2006), and to disclose any interest she had in the company’s proposed transactions or arrangements (section 177).

Burns argued that the tribunal had applied the wrong standard of conduct in determining whether the duty to disclose under section 177 had been triggered in her case. In essence, she argued that the appointment of the fund management company by the mutual societies was only speculative at the relevant time.

The court disagreed and found that she had breached section 177, both by failing to notify the mutual societies of her involvement with the asset management company and her failure to disclose the Pearl employment. 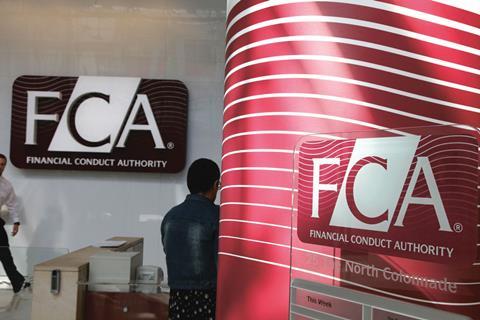 The court strongly opposed all attempts by Burns to heighten or alter the threshold at which the duty to disclose would be triggered and insisted that the duty to disclose is triggered by any serious possibility of conflict. Their lordships were also keen to snuff out any route by which not only Burns, but any future appellants, might seek to raise the bar triggering disclosure. For example, a submission by Burns that a conflict needed to be a ‘racing certainty’ before it triggered disclosure (based on the offhand use of that phrase by Knox J) was roundly rejected.

The different ways in which the court treated the duties under the Companies Act are worthy of comment. The court declined to rule on an exception contained in section 175. That exception abrogates the duty to avoid conflicts of interest where the conflict arises ‘in relation to a transaction or arrangement with the company’. The court’s reluctance to tackle this issue may be rooted in the fact that the exception is broad and that how and whether conflicts of interest can be avoided will vary widely.

However, the court found in section 177 (the duty to disclose a conflict) a far simpler concept for their lordships to work with. While it will always be difficult for an individual (and ultimately a court) to determine what actions could have been taken to avoid a particular conflict of interest in a particular factual situation, the question of disclosure is much more straightforward. Either the individual has disclosed a particular matter or they have not. The binary nature of disclosure thus provides much firmer ground on which to judge an individual.

In short, the Court of Appeal has done everything it can in this case to maintain a low threshold for disclosures in the field of conflicts of interest.

A real risk of a conflict of interest is sufficient to require disclosure under the Companies Act 2006 – so far, so clear. However, the fate of the second ground of appeal and the costs appeal by the FCA are potentially more troubling.

Essentially, the FCA introduced a new allegation (that Burns had failed to disclose the Pearl employment) during its closing submissions at the tribunal. While the court found against Burns on this point (largely because the tribunal had given her an opportunity to submit further material on this point and that the material produced did not advance her case), it is deeply concerning that the FCA would conduct itself in such a way. The failing is compounded by the fact that, as the court noted, the regulator had known about the Pearl employment for years.

The second worrying feature of the case was the FCA’s insistence on a cross-appeal on costs. Individuals who lose at all stages of proceedings and on all grounds do not tend to receive substantial costs orders. Not so in this case. After careful consideration, the court ruled that the tribunal had been correct to award Burns £100,000 plus VAT in respect of the failed corrupt payments allegation. The FCA had argued that the tribunal had misdirected itself by stating that ‘cogent’ evidence was required for the FCA to reintroduce an allegation rejected by its own regulatory decisions committee. Given the seriousness of the allegation in question (and its mishandling of the previous employment matter decided above), the FCA might have been expected to let this one lie (as they almost did with the Pearl employment issue).

Unsurprisingly, the court found in favour of Burns. Their lordships held that the tribunal had only been using the word ‘cogent’ to underline that the more serious an allegation, the more convincing the evidence of it will have to be to prove that it occurred. As with ground two, the FCA’s actions suggest a more partisan approach than is appropriate. The regulator is of course entitled to make a costs application like any other party, but there seems to have been little justification for doing so in this case.

Taken as a whole, this case stands as a cautionary tale, not just to those in the financial sector but other fields too. The court has been robust in its defence of the principle that only a ‘real sensible possibility’ of a conflict of interest is enough to trigger disclosure. Equally, lawyers should be aware that regulatory proceedings can throw up the same kind of aggressive and unfair prosecution as any other type of litigation.

Ben Henriques is an associate at Corker Binning